Found in my attic: The Internet! The whole thing! 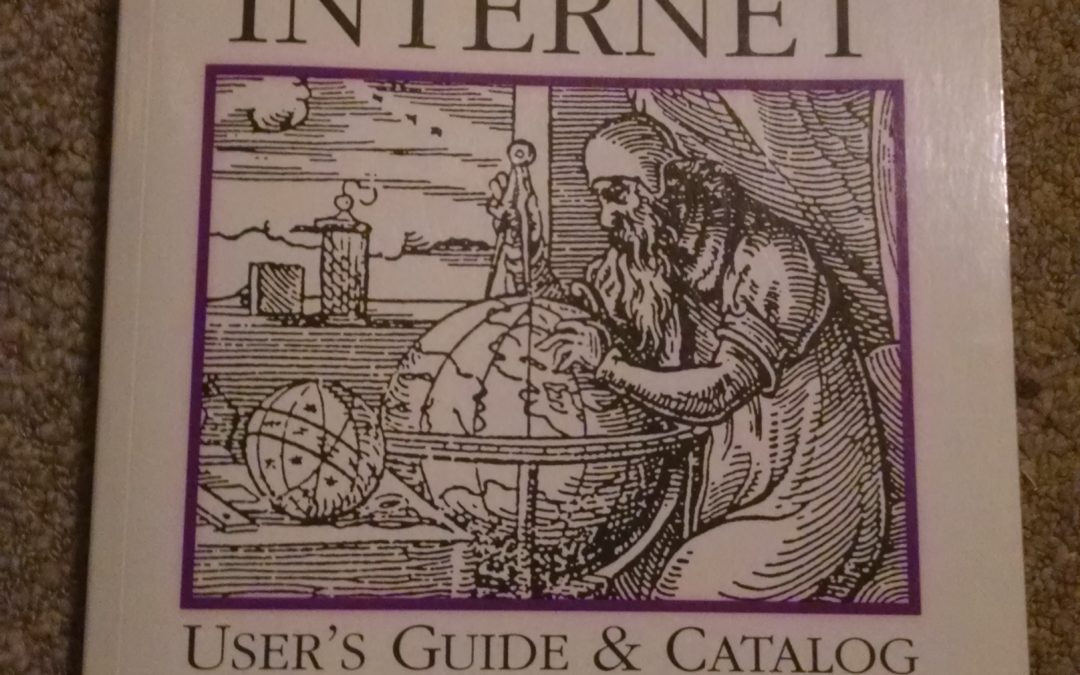 Poking through an old footlocker, I found this 1995 book, the second edition of The Whole Internet User’s Guide.

Such nostalgia! 1995 was the year the online world really entered public attention. I had started writing a second column for the Nashua Telegraph called “Living Online”, which did things like explain what a smiley is (none of that “emoticon” nonsense back then) and differentiate between CompuServe, GEnie and Prodigy. In a bit of historical irony, none of those columns were saved online.

This book (by Internet legend Ed Krol) ibrings it all back. Instructions for using Archie and Gopher! List of sites including “A home page for Europe” hosted in Portgual for some reason! Details about USENET!  And, of course, the Mosaic browser.

Speaking of USENET, here’s the story I tell to explain why I’m not surprised that the Internet has turned into a cesspool of human misbehavior: One of the first USENET sites I went to was alt.fan.winnie-the-pooh only to find that it was engaged in a vicious flame war between people who loved the Disney movie version and people who hated it. (The haters were, in this case, correct.) Uh-oh, I thought: If this, the most innocuous of topics, can produce such bile and venom, what hope does the rest of the Internet have? Alas, I was right.