Saving a butterfly or two amid the military aircraft 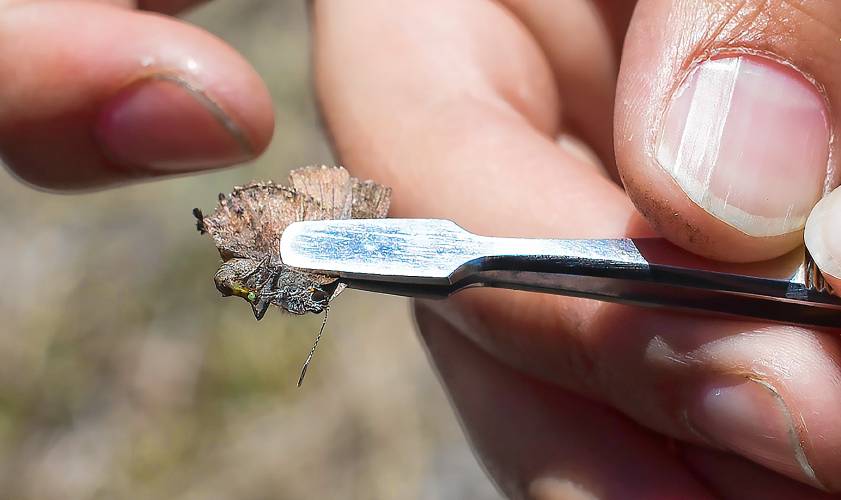 Heather Siart, biologist for NH Fish and Game, holds a frosted elfin she just caught in the pine barrens next to the runway at Concord Municipal Airport on Monday, May 21, 2018. This female is laying a green egg, just barely visible on the edge of her body closest to the camera. (GEOFF FORESTER / Monitor staff )» Buy this Image

What do frosted elfin butterflies have in common with Blackhawk helicopters? Both can hover in place, maneuver erratically in flight, and are secured behind locked doors by the New Hampshire Army National Guard.

That’s the lead of a story about the ongoing efforts on the Concord municipal airport property, home to the N.H. Army Guard’s flight unit, to preserve habitat for butterflies like the better-known Karner blue and the frosted elfin. It’s a good story, with some before-and-after photos showing what has happened on the site.

I’ve covered these efforts in the past, like this story from last May from which the above photo is taken, but this new story on the U.S. Fish and Wildlife’s page on Medium, is quite good.