Just what New Hampshire needs: A new species of tick 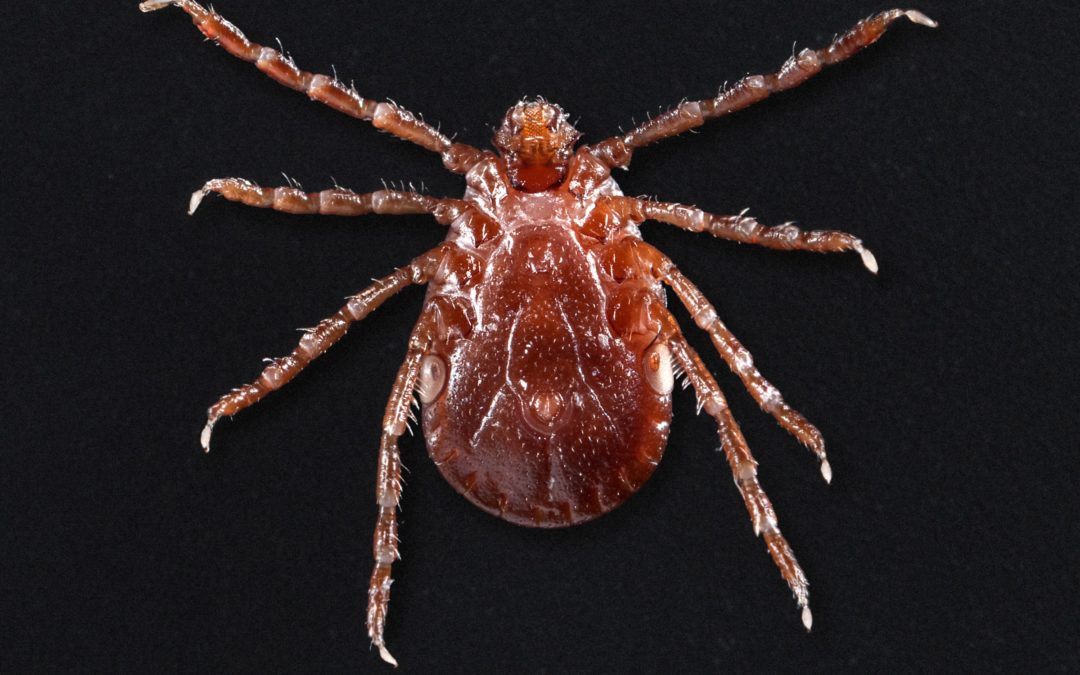 From N.H. Dept. of Agriculture: A particularly observant New Hampshire resident recently noticed a tick on a dog visiting New Hampshire from an area in New York where the Asian longhorned tick has been found in the environment. That tick and others were submitted for examination where it was confirmed as the Asian longhorned tick, Haemaphysalis longicornis (H. longicornis) by the US Department of Agriculture National Veterinary Services Laboratory. This is the first time the pest has been found in NH, but it may be limited to the visiting dog.

The Asian longhorned tick has been identified in nine states since late 2017. Retrospective studies in some of those states show that the tick has been present in the United States since at least 2010. (Here’s an NY Times story about it.)

This tick is native to Southeast Asia, where it has been a pest of livestock, wildlife, and household pets. It appears to have less affinity for biting humans, though it will do so. To date no cases of harmful diseases have been found in these ticks in the United States, though it is known to transmit illness in other countries.

Female longhorned ticks don’t need a male to reproduce. They can spawn asexually via parthenogenesis. After feeding, a single female can lay around 2,000 eggs.

The NH Dept. of Agriculture, Markets & Food, the NH Dept. of Health and Human Services, and the NH Fish and Game Department are asking veterinarians, physicians, animal owners, and outdoor enthusiasts to be alert for the presence of all ticks on patients, themselves and the animals with which they may have contact, domestic or wild.  People should use typical tick-avoidance strategies for themselves and the animals in their care – wear appropriate clothing, use insecticides and check yourself and your animals regularly (https://www.cdc.gov/ticks/pdfs/AsianLonghornedTick-P.pdf).

The public’s assistance in monitoring ticks is appreciated and essential. NH agencies do not currently have the ability to perform routine tick surveillance, so we rely on NH residents to remain vigilant. Any unusual ticks should be submitted for identification through either a veterinarian or physician to the NH Department of Agriculture, Markets & Food using this form, https://www.agriculture.nh.gov/publications-forms/documents/tick-submission-form.pdf.

“This tick already appears to be established in the environment in a number of states, so eradication from the US is unlikely,” said Steve Crawford, NH State Veterinarian. “The frequency of people traveling with animals they own, whether it is household pets going on vacation, horses going for trail rides, or livestock going to fairs, increases the potential for this tick to be spread across the country. Our hope with these messages is to prevent, for as long as possible, the introduction of H. longicornis  in New Hampshire. We are asking everyone to not only protect themselves from tick bites but to pay close attention to their animals as possible transporters of this tick, or any other, into New Hampshire.”