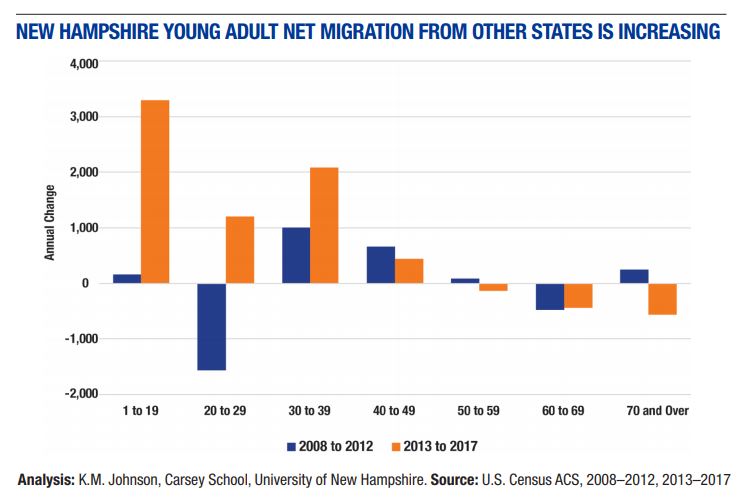 The state’s demographics guru, Ken Johnson of the UNH Carsey School of Public Policy, regularly crunches census data to give big-picture looks at our population. A report out today is good news for this aged state: More young adults are moving here from other states. (Note to pearl-clutching white nationalists: In this case the word “migrants” covers anybody who moves across a state border, regardless of background.)

The story is here. Some details:

The average annual domestic migration gain was 5,900 between 2013 and 2017. In contrast, only about 100 more people moved to New Hampshire than left it for other U.S. destinations annually during the Great Recession and its aftermath between 2008 and 2012.

Modest immigration from other countries at all ages supplemented the domestic migration gains analyzed here. These recent domestic and immigrant migration gains are both modest, but they provide additional human and social capital to a state challenged by an aging workforce and population.