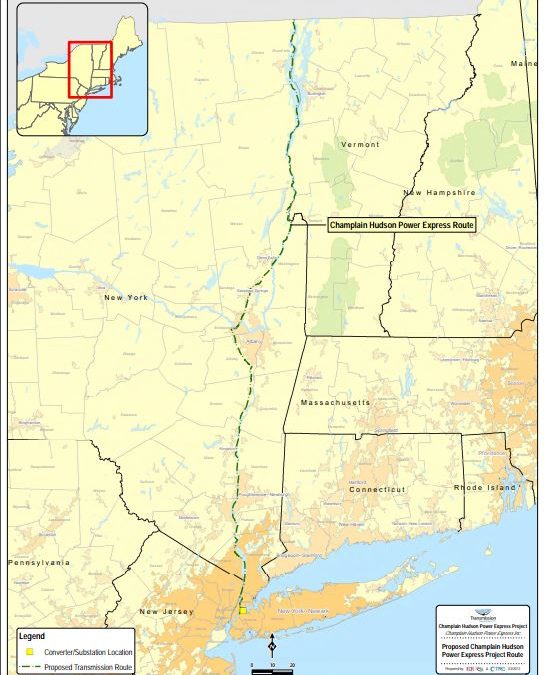 As we in New Hampshire know all too well, Quebec really wants to sell electric from its massive hydropower installations up near Hudson Bay into the U.S. markets. The long, tangled attempts to build the Northern Pass power lines and the current debate over lines in Maine are a byproduct of this push. While it’s not really a done done, the Hudson Power Express looks like it will be the first major project to make this possible. It’s a bit easier to build because most of its route will be underwater, either through Lake Champlain or down the Hudson River.

If you haven’t already, check out the four-part Outside/In podcast called Powerline, which tells the story of how and why the massive Hydro-Quebec system was created.