If you’re savvy about teletypes (yes, teletypes) the Aviation Museum of N.H. wants you 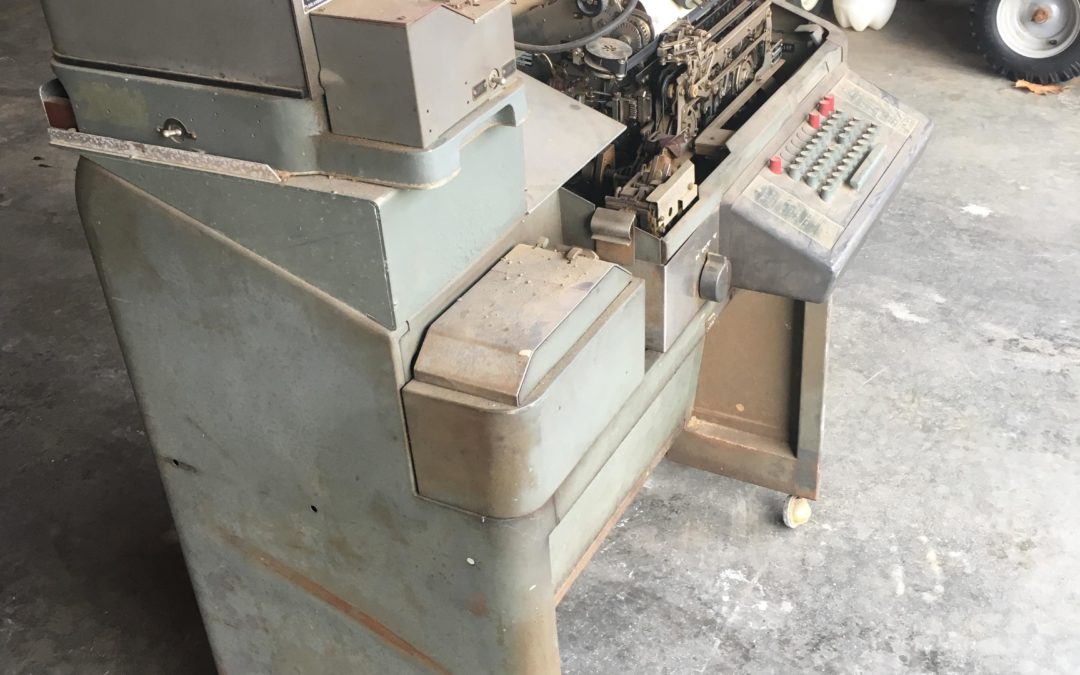 If you're itching to get this working again, call the Aviation Museum.

ne of the mysteries of life for those of us who have achieved a certain age is why airplanes aren’t exciting any more.

“This was like Silicon Valley, it was the hot technology,” is how Jeff Rapsis, the new executive director of the Aviation Museum of New Hampshire, puts it. No longer.

These days, you’re hard-pressed to get youngsters to pay attention to the miraculous technology that sends people shooting through the air at mind-blowing speeds in huge tubes of metal. There’s concern in the aviation industry of a looming shortage of pilots, air traffic controllers, meteorologists and other technical positions needed to keep all those planes going.

Rapsis suspects this is all due, at least in part, to the way post-9/11 security and airport redesign have isolated us from the details of aviation.

“Remember walking off the plane onto the tarmac, like in Casablanca? And to get your luggage, they’d throw it into the building through a hole in the wall,” said Rapsis, recalling the way things were at the state’s biggest airport before the current passenger terminal opened in 1994.

Whatever the reason, you won’t find this problem in one of the state’s neatest little museums, where fascination with flight is the norm. 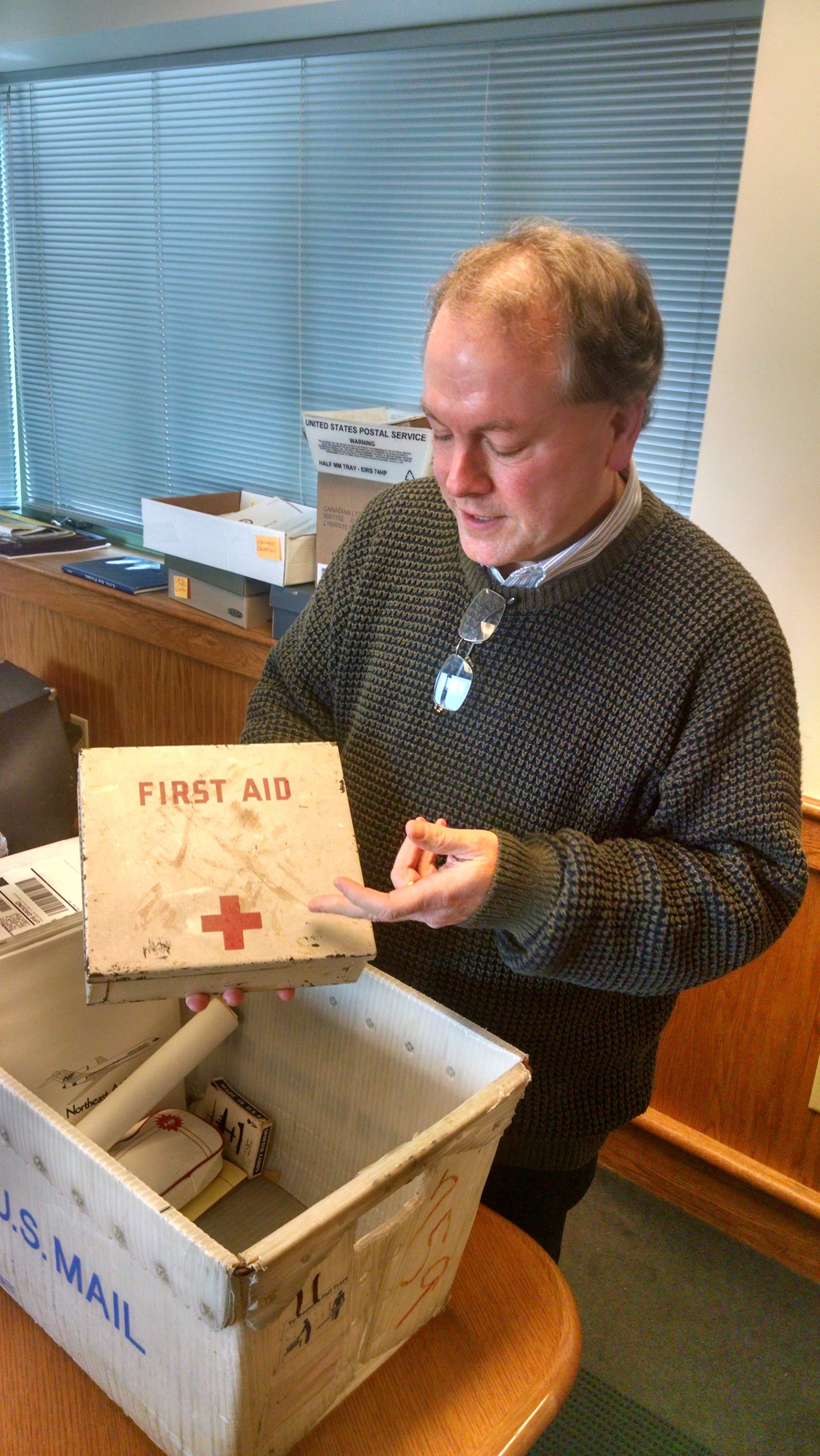 Aviation Museum Director Jeff Rapsis holds a First Aid kit from a DC3 that cdrashed on Mt. Success in 1954. Yes, that’s blood on it.

The museum is located in an Art Deco building with a south Florida paint scheme that served as the terminal of the entire airport from 1937 to 1962. It’s on the east side of Manchester-Boston Regional Airport, so close that it can’t put trash cans in the parking lot for fear of attracting gulls that might endanger planes.

The museum is going through a transition as founders move on and a new generation takes over. Rapsis, who was hired in October, is among them.

You may know him better as cofounder of the Hippo weekly papers and from his enthusiasm for silent film. He’s the guy who plays keyboards to provide music for these films at Red River and other theaters around the state. But Rapsis has flight connections, too: Rapsis’s father was a pilot for Northeast Airlines, the Boston-based carrier that became part of Delta in 1972.

Rapsis approached me for help in finding some very specific technical assistance.

He needs help with a couple of big electro-mechanical teletypes that were built for the U.S. Navy and wound up being used at the airport in Lebanon for about 25 years, generating weather reports and notes to airmen and other information that airports need to function before being retired in the late 1980s.

The teleprinter technology, which roughly sent Morse Code over copper phone lines, is interesting. “It’s a little bit of Samuel Morse, the Morton Salt Co., and a guy named Émile Baudot,” is how Rapsis put it. The Wikipedia article is quite good, if you want to know more: en.wikipedia.org/wiki/Teleprinter.

However, the machines have been sitting in a barn for three decades and need some tender loving care – actually, more like informed grubby care – to get them running again. Rapsis has ideas about connecting them up to software systems so visitors can get text messages printed out on a Cold War-era teletype.

He’s got the software expertise lined up but needs somebody with knowledge of teletypes or similar technology who might be willing to lend a hand. If that sounds like you, drop him a line at jrapsis@nhahs.org (the email address is from the New Hampshire Aviation History Society, which owns the museum).

Even if it’s not you, I would recommend checking out the Aviation Museum. It expanded a few years ago thanks to a hefty gift from Gene Slusser, who founded Northeast Electronic Corp. in Concord, and while it’s not exactly huge (6,500 square feet, almost $200,000 operating budget, 1½ paid staff positions) it has a nice mix of displays.

The appeal ranges from local nostalgia – hands up, everybody who remembers pre-parking-garage days when Manchester Airport put envelopes under your windshield wipers asking you to mail in $3 for each day you parked – to military history, since this was a military airport in WWII, to technical details about flights old and new, include an advanced Elite brand flight simulator.

Geeks will definitely want to check out the Doodlebug, the first biplane ever built in New Hampshire, with its fabric-over-wood body and wings.