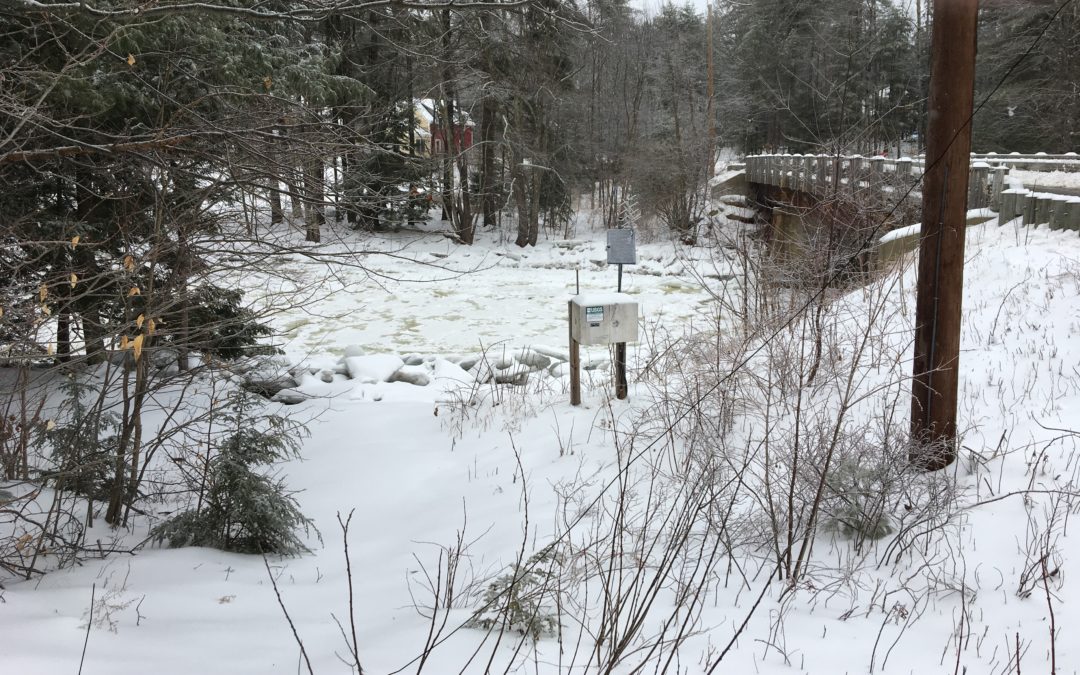 Fragmented ice sheets were transported along the Piscataquog River beginning in late January 2019, resulting in an ice jam extending into the towns of New Boston and Goffstown, New Hampshire. The USGS installed a rapid deployment gauge on the river Feb. 14 to monitor water levels and potential flooding. This photograph shows the permanent USGS streamgage station 01091000, which is upstream from the ice jam and also used to monitor river conditions. Photo: Richard Kiah, USGS

(This is a press release from US Geological survey about an ice dam on the small but lovely Piscataquog River. I commute past this ice dam every day – it really is something. And no, I don’t know why USGS spells it “gauge” with a U as one word but “streamgage” without a U as a double-ified word.)

The U.S. Geological Survey installed a rapid deployment gauge on the South Branch Piscataquog River Feb. 14 to monitor water levels and potential flooding from a mile-long ice jam that extends into the towns of New Boston and Goffstown, New Hampshire.

A crew of USGS scientists installed the gauge near Goffstown, and have been working in collaboration with local emergency managers from New Boston and Goffstown on this effort.

The gauge will transmit data by satellite every 15 minutes to provide information to the public as well as local and emergency managers in near real-time. It will be active until concerns associated with the jam have subsided.

USGS rapid deployment gauges are designed to be deployed quickly and temporarily measure and transmit stream data in emergency situations. This information helps communities and emergency managers understand flood risks and prepare for potential flood scenarios. It can assist with cost-effective mitigation decisions, ultimately helping to protect lives and property.

The ice jam extends from the Howe Bridge Road crossing in New Boston downstream to the Goffstown-New Boston town line. 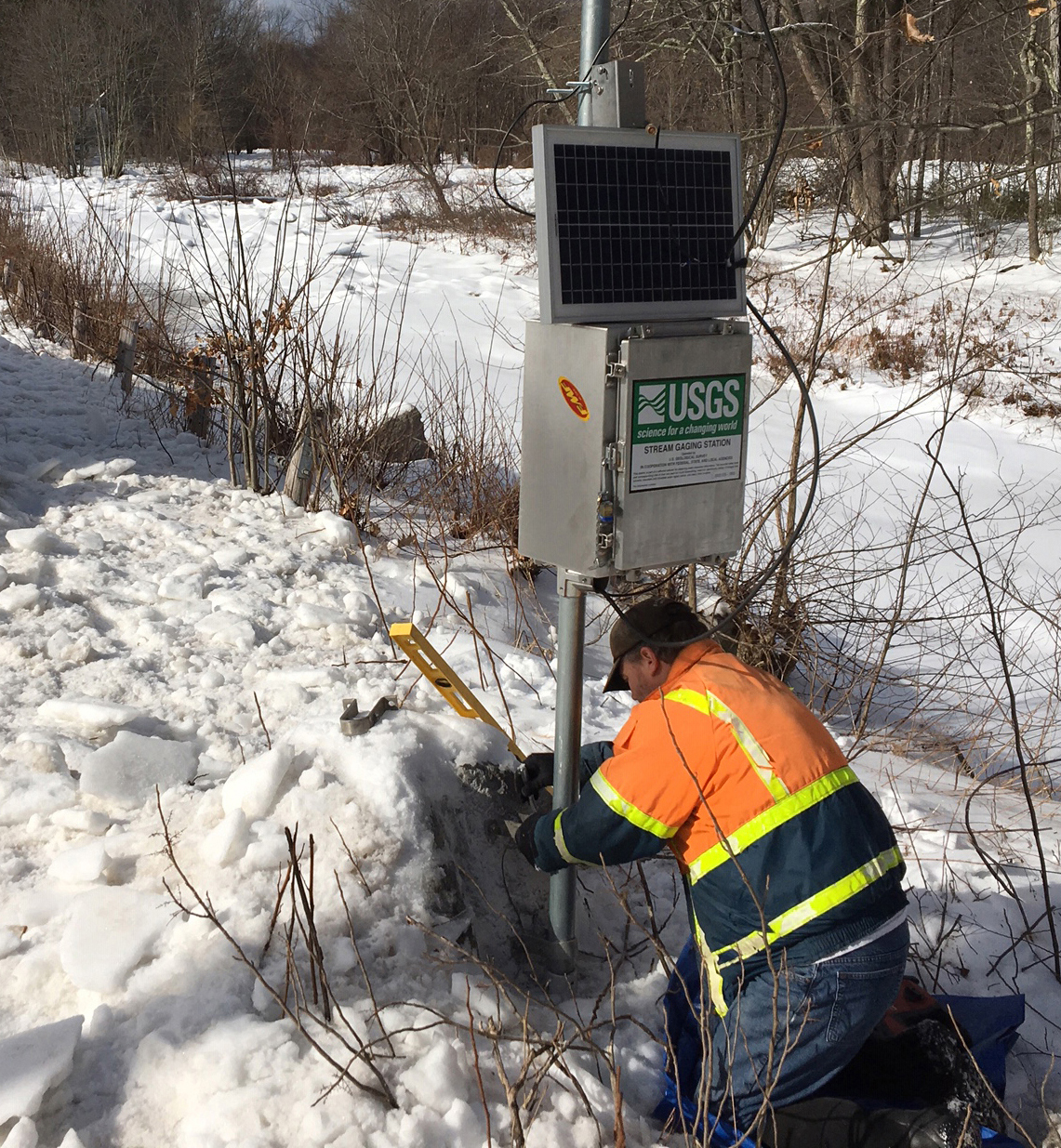 The jam formed when fragmented ice was transported down the river. There was a deep freeze in late January that resulted in a thick layer of ice on the river’s surface. That ice was broken up with subsequent warmer temperatures and heavy rainfall, and a resulting increase in streamflow transported the ice downstream until it became jammed. This type of event is called a “breakup jam.”

These types of ice jams are highly unstable and have the potential to release both ice and water in a sudden manner. This could lead to flooding of nearby homes, businesses and roadways, and the ice blocks could be damaging to trees and nearby structures. Impacts could occur where the jam is located, downstream in Goffstown since the river passes through the center of town and along Route 13 near the Goffstown-New Boston town lines. Alternatively, the ice jam could gradually melt, limiting the associated impacts.

Similar jams and ice breakups have occurred in this area before. The USGS has been monitoring the river since 1941, with a noteworthy ice jam occurring just one year ago Jan. 13, 2018.

The USGS, in cooperation with the New Hampshire Department of Environmental Services, operates a permanent streamgage just upstream from this ice jam, and that will be used to provide additional insight on river conditions.

The USGS began monitoring streams in New Hampshire in 1903 and currently operates 53 permanent streamgages in the state.

More information on the jam can be found in the New Hampshire Department of Environmental Services Post-Hazard Event Summary.