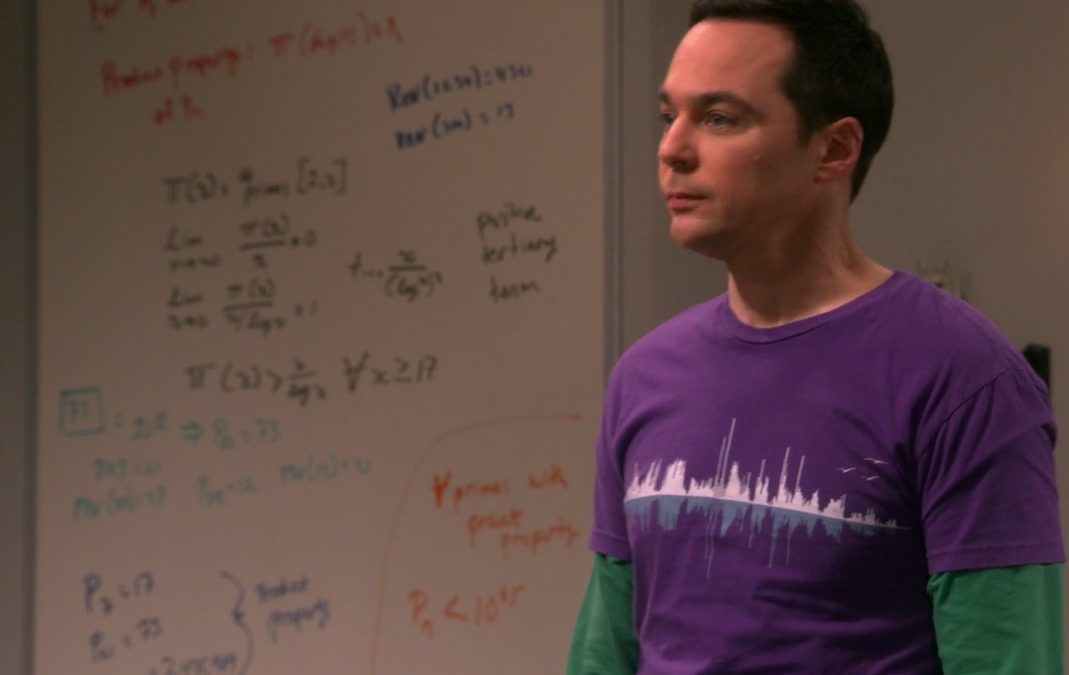 What's that on the whiteboard behind Sheldon?

The geek-tinged sitcom The Big Bang Theory likes to include bits of real science, often featured on whiteboards in the background of a scene. A prime number theory equation by Dartmouth mathematics professor emeritus Carl Pomerance turned up on an episode broadcast April 18. Dartmouth News explains it in this story:

In a recent paper, “Proof of the Sheldon Conjecture,” Pomerance, the John G. Kemeny Parents Professor of Mathematics Emeritus, does the math on a claim by fictional quantum physicist Sheldon Cooper that 73 is “the best number” because of several unique properties. Pomerance’s proof shows that 73 is indeed unique. When UCLA physics professor David Saltzberg, technical consultant for The Big Bang Theory, heard about the Sheldon proof, he contacted Pomerance to ask if they could use it in the show, which was broadcast April 18.

“First note that not only is 73 a prime number, its index in the sequence of primes is the product of its digits, namely 21; it is the 21st prime. In addition, reversing the digits of 73, we obtain the prime 37, which is the 12th prime, and 12 is the reverse of 21,” they write, laying out the points Sheldon makes on the show. The question Pomerance and Spicer set out to solve is whether this is the only prime number with these properties.

You can read the paper, co-written with Chris Spicer, a mathematician at Morningside College, here.

The Big Bang Theory is, of course, a sitcom about a bunch of scientists that aimed for a niche market but has become one of the biggest shows of the past decade.  It is beloved by many geeks who love the jokes – next to The Simpsons, it’s the favorite mainstream TV show of mainstream science – but also gets more than its share of pushback for having too many nerd-bro stereotypes.

An email from Spicer pointed out that Big Bang Theory has a following in Italy, and Wired’s Italian version has an article about “Sheldon’s Theorem” on their home page, and added: “Apparently the paper you have had up on your website was translated by some math teacher in italy and it had nearly 4000 likes on Facebook, and 2000 shares and so they wanted to do a followup. I answered a few questions via email for this journalist. My favorite mistranslation of the article: ‘Pomerance is one of the sacred monsters of number theory.’ ”