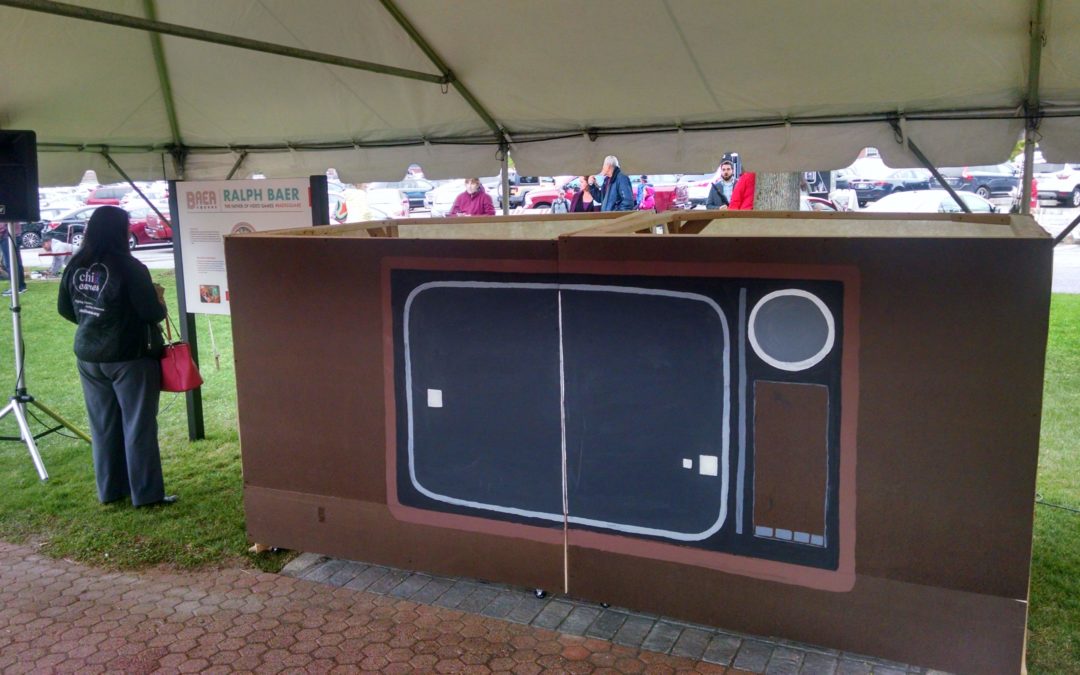 Before being unveiled, the statue of Ralph Baer was hidden inside this box, painted to look like an old-fashioned TV set being used to play Tennis, the first home video game that his team developed.

Today in Manchester they unveiled a statue of home video game pioneer Ralph Baer, about whom I have written many times. It shows him sitting on a bench playing with the “brown box” that was the first iteration of what eventually became Maganvox Odyssey, the first play-games-on-your-TV system.

It’s OK, I guess – you can see a picture of it below, with one of his sons and a couple of his grandkids alongside –  but what was cleverer was the way it was hidden.

As shown in the photo above this article, they encased it in a big box pained to look like an old-fashioned console TV set playing TV Tennis, the first game he developed. (No, it’s not Pong – that was the variant from Nolan Bushnell, founder of Atari and one of Ralph’s arch enemies.) Very clever! 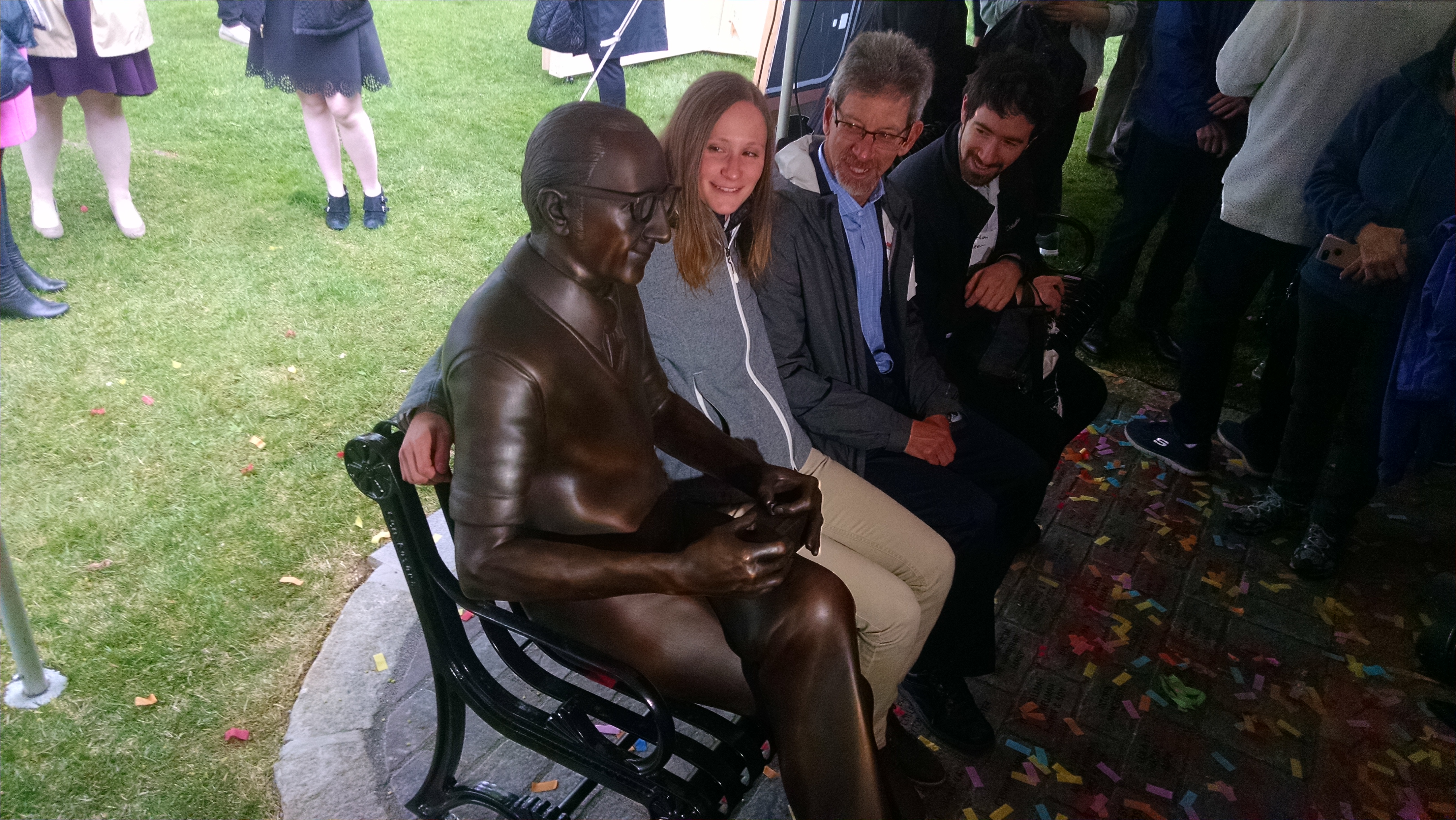 The statue of Ralph Baer is admired by Jim, one of Baer’s sons, and two of Baer’s grandchildren during Friday’s unveiling in Arms Park in Manchester.