A little good news, and some big bad news, on Atlantic salmon 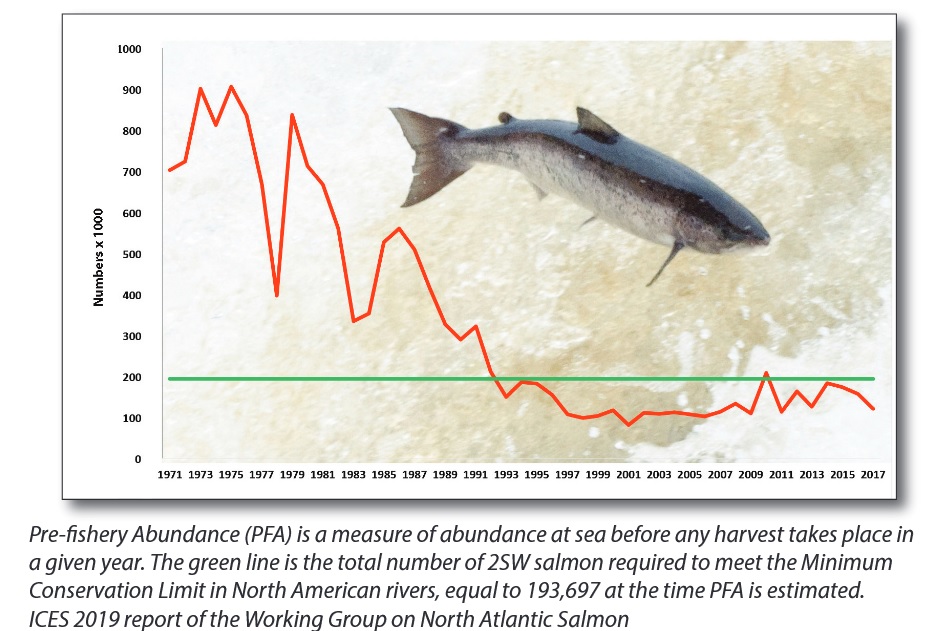 New Hampshire has thrown in the towel in its efforts to restore the Atlantic salmon to our rivers – dams, pollution, baby-salmon-eating striped bass and changes in ocean temperature and acidity have proved too much to overcome. But efforts are still going on in Maine and eastern Canada.

The 2018 season was a mixed bag, according to this report from the Atlantic Salmon Federation:

Returns to U.S. rivers (Kennebec, Penobscot and Narraguagus rivers in Maine) met just 3% of the two-sea-winter salmon conservation limit. Estimated 2018 returns were 550 large salmon and 320 small salmon, a 20% and 11% drop from 2017 respectively.


Overall the small salmon, also known as grilse, which return to fresh water after just one year at sea, rebounded in 2018. Returns were estimated to be 581,000, the third highest total in the 48-year time series and 29% above 2017 estimates. The vast majority of North American small salmon (92%) return to Newfoundland and Labrador.

Of the 878 wild Atlantic salmon rivers identified in North America, 86 were assessed in 2018. It was estimated that44% reached defined conservation limits while 33% received less than half the number of eggs required to prevent declines.