Finally, a historical marker that talks about something important 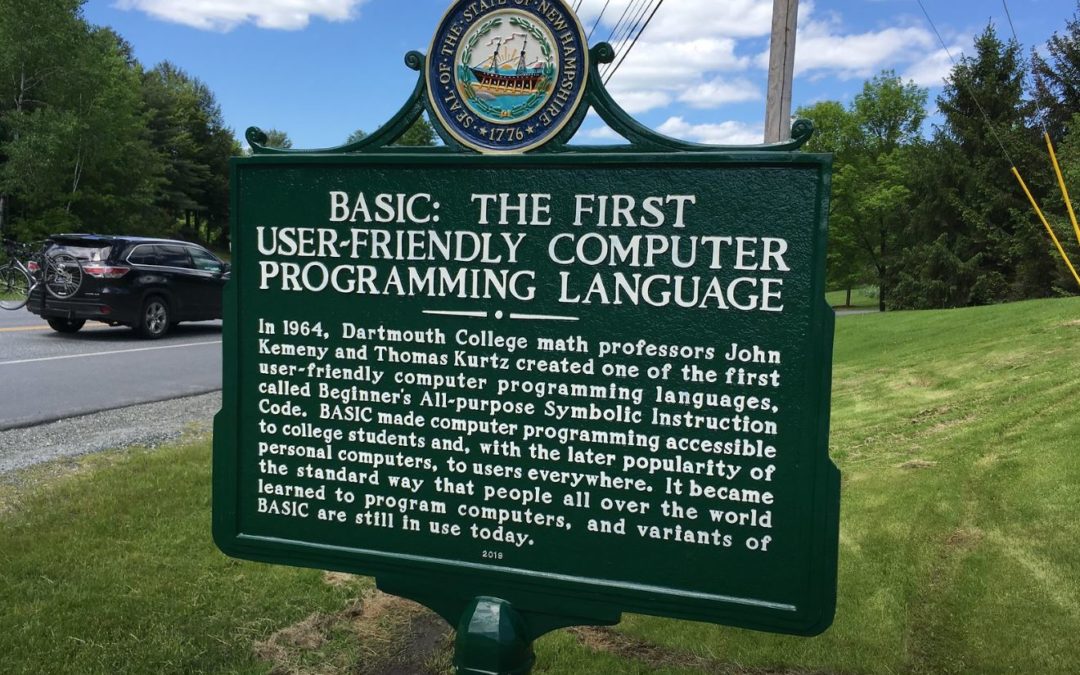 It took 10 months to get it done, but the Granite State is now officially a Geeky State: The latest New Hampshire Historical Highway Marker, celebrating the creation of the BASIC computer language at Dartmouth in 1964, has officially been installed.

Everybody who has ever typed a GOTO command can feel proud.

As you know, loyal reader, I can feel particularly proud. Last August, I wrote in this column that the 255 official historical markers placed alongside state roads told us enough about covered bridges and birthplaces of famous people but not enough about geekiness. Since anybody can submit a suggestion for a new sign, I thought I’d give it a shot.

Read all about it: https://www.concordmonitor.com/BASIC-Dartmouth-Kemeny-time-sharing-historical-26164409

By the way, the headline is an exaggeration. New Hampshire has lots of cool historical markers, covering such important things as alien abduction and latitude uncertainty.