For a while on the N.E. grid, coal outdid solar & wind combined 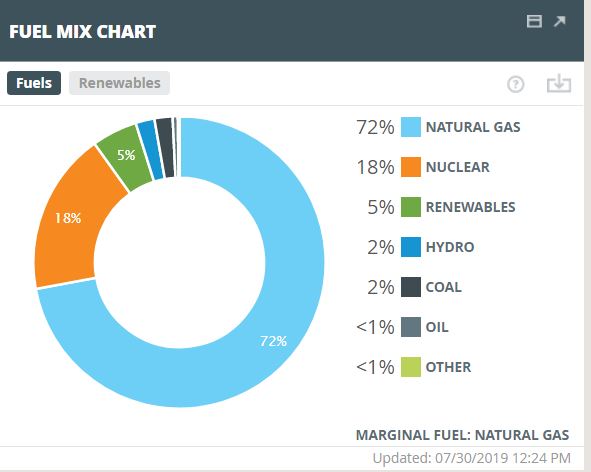 For a while on Tuesday, July 30, there was more coal-fired electricity on the New England grid than power from solar panels and wind turbines, combined. (When I took the above screenshot, solar and wind each made up about one-ninth of the “renewables” pie slice. Most of that renewable sector, which doesn’t include hydropower, came from burning trash or wood.)

This is true even though virtually all of the region’s coal-fired power plants have been shut and only crank when, as happened this week, the need for electricity gets very great – either when it’s wicked hot, or wicked cold.

This is a sobering reminder of how far we have to go in reducing carbon emissions from our power sector.

There is one hopeful note: The ISO-New England data doesn’t show behind-the-meter solar power, which reduces demand rather than increasing supply. So the picture isn’t quite as dire as it seems. But it’s still dire.