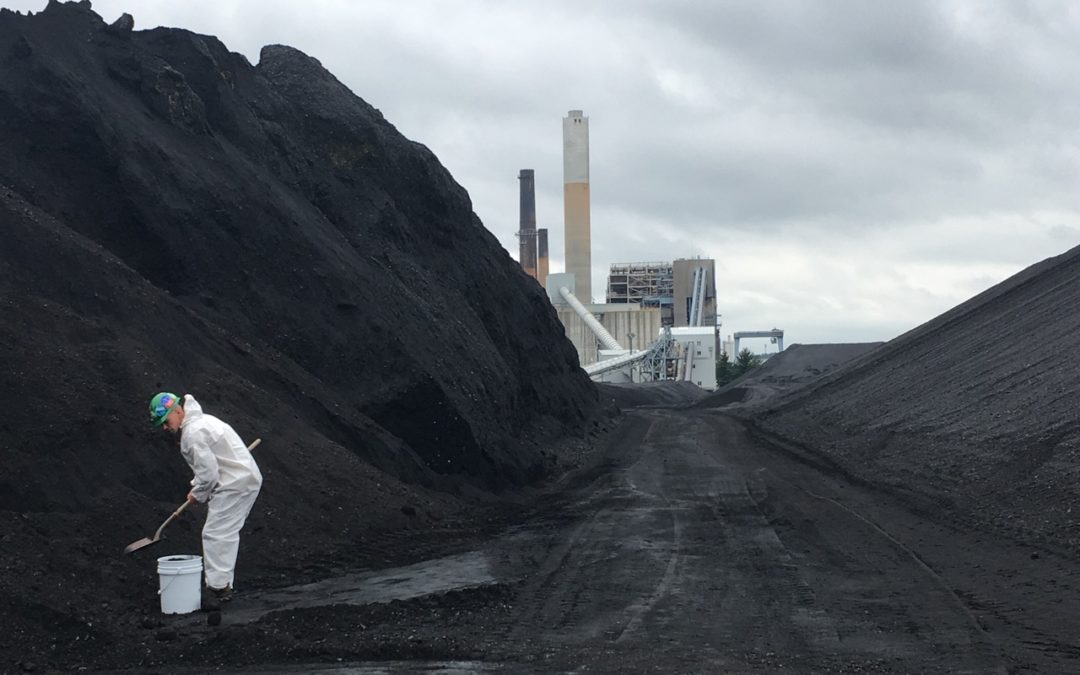 BOVE: A climate activist removes coal from a burn pile at Merrimack Station in Bow on Saturday. Nocoalnogas.org

Over my career I have gotten tired of publicity stunts by activists even, though I sympathize with their desire to draw attention to issues that are easy to overlook. So I was going to ignore a stunt in front of the New Hampshire State House – site of many stunts, as you might expect – by climate activists – but decided to give it a shot because the issue of coal-fired power plants is newsworthy and doesn’t get a lot of attention here in New Hampshire.

The group did some civil disobedience, but it was tidy disobedience: They dumped out a half-dozen buckets of coal to symbolize the burning of this climate-damaging fuel in New Hampshire – but first they put down a tarp. Very nice.

You might also check this lengthy piece by Bob Sanders in New Hampshire Business Review about the finances of the plant: It is paid to stay open far more than it is paid to actually produce electricity.