Rainbows are cool; even the sky around them is cool 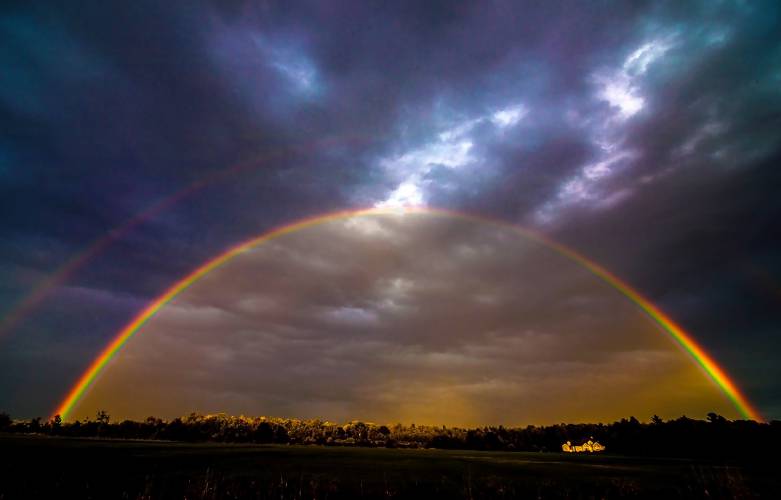 A double rainbow stretched over Concord N.H. after a brief shower on Saturday evening, September 7, 2019.

Rainbows are really weird, when you stop and think about it. To a certain extent they don’t even exist – any given rainbow is a mass optical illusion rather than an actual thing.

Why? Optics. Meaning: It’s complicated. Here’s one discussion about it.

I mention this because Geoff Forester, The Concord Monitor’s long-time photo chief, took the above astonishing photo, which shows the lighter-below phenomena to the point that I thought it was filtered. He swears it wasn’t.