Why build a bridge when you can slide a new one into place? 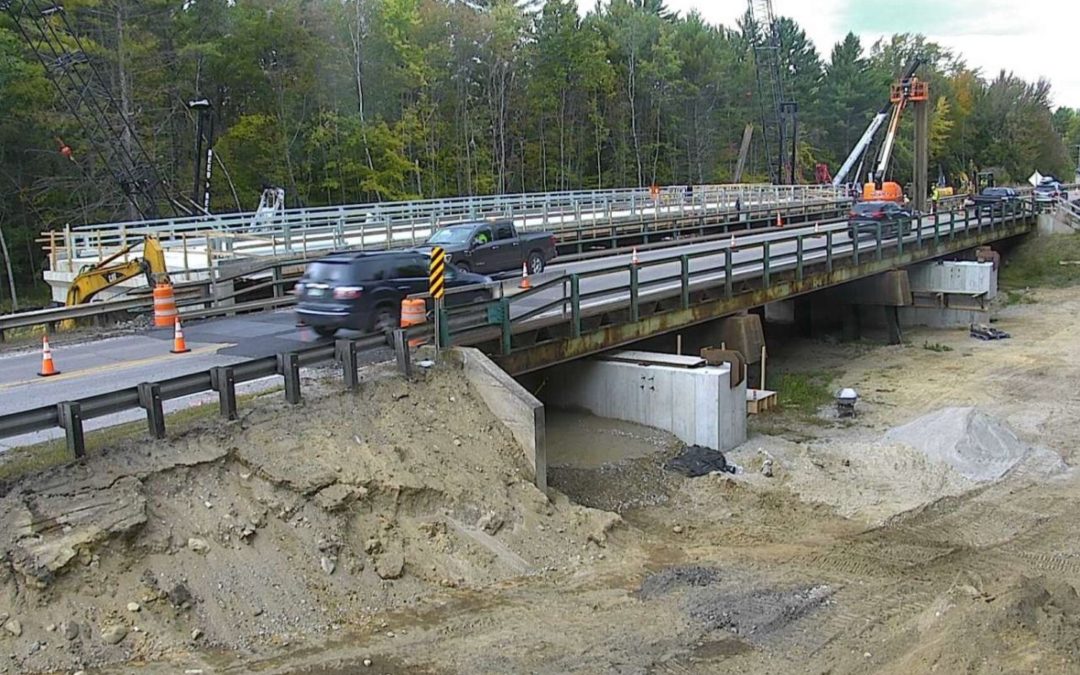 That's the new bridge in back, waiting for the old bridge to be demolished and removed so it can take it rightful spot. Photo: NH Dept. of Transportation

For the time in New Hampshire, this weekend will see a new roadway bridge slid into place over a waterway instead of being constructed there part of ongoing upgrades to Route 16 in Ossipee.

“It’s our first time,” said Eileen Meaney, chief communications officer for the state Department of Transportation, concerning what is known as slide-in replacement. “They weighed the pros and cons of using it here … and it works.”

The process involves replacing the 390-foot-long bridge over the Bearcamp River, part of Route 16 running on the west side of Ossipee Lake. The bridge was built in 1955 and has been long slated for replacement.

This work is part of a project that consists of replacing three bridges (Lovell River, Bearcamp River and Bearcamp Relief), and rebuilding 3.5 miles of roadway on Route 16.

At Bearcamp River, DOT has built the new bridge straddling the river bed right next to the existing one, which allowed traffic to continue to flow. New abutments, which hold the bridge up at each end, and new piers holding it up in the middle have been built.

“It’s much faster, instead of closing it for construction seasons,” said Meaney.

The department is excited enough about the process that it will host a live feed of the slide-in on its Facebook page (www.facebook.com/NHDOT/)

A detout will be in place during the closure. A second section of roadway work on Route 16 will begin on Saturday, September 28. This will be yse one-way alternating traffic through the work area.

Additional information, including answers to several Frequently Asked Questions, can be found on the project website: https://www.nh.gov/dot/projects/ossipee14749/index.htm.