Playing in the dirt when it’s 140 million miles away 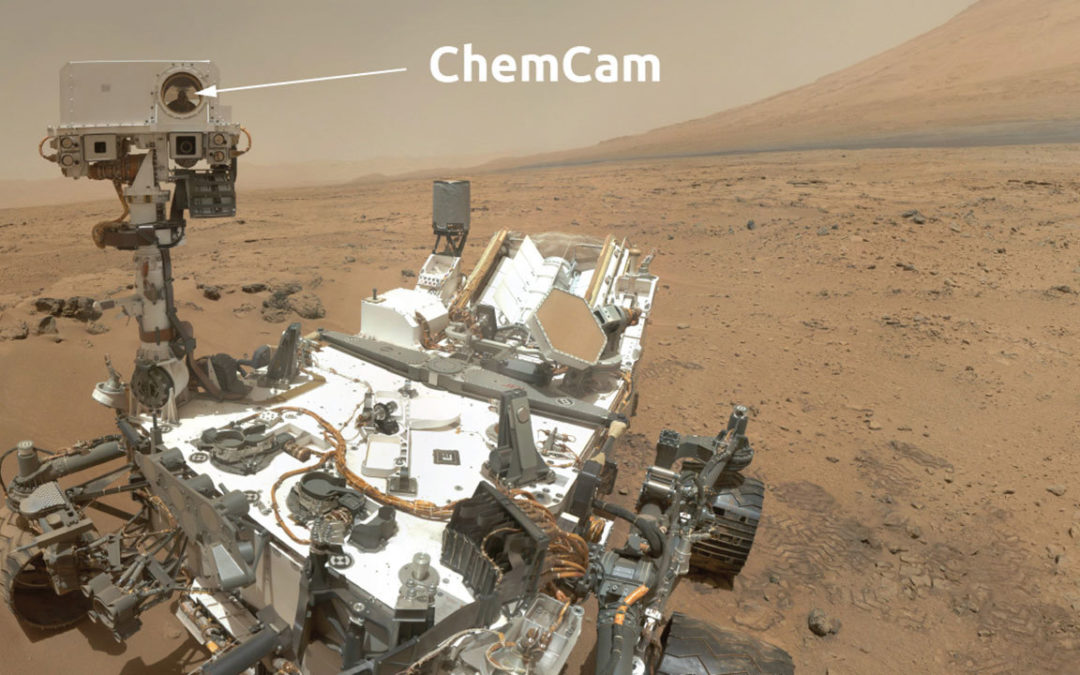 If Elon Musk ever makes it to Mars, he’ll grab his phone and start tweeting. Frances Rivera-Hernandez, on the other hand, would grab a shovel.

“I want to dig some pits to see if the ground ice is there and how much,” said Rivera-Hernandez, a post-doc in Earth science at Dartmouth College who gave what might be the best job description I’ve ever heard: “Mars sedimentologist.”

Mars sedimentologist! Is that cool or what?

Most -ologists who study sediment spend their days wallowing in sand and silt and pebbles and rocks. But Rivera-Hernandez’s study material is an average of 140 million miles away, so wallowing isn’t possible. Instead, she studies it through pictures taken by the Curiosity rover.

Lately, however, she has developed another tool: laser-created spectroscopy, a method that was cited in a recent research paper by a number of scientists using Curiosity to decipher how Mars’ terrain has changed over the millennia.

Rivera-Hernandez developed this process because, like all researchers, she wants more data. She’s particularly interested in the size of grains of rock and soil that Curiosity visits, which can help determine where water once flowed or pooled.

“Typically the images that we take to get grain size, we take maybe once a week, whereas the instrument that I used to estimate grain size, the ChemCam, we take those almost every day,” she said.

The ChemCam – love that name – is one of the instruments on the “head’ of the rover, the part that sticks up and makes it look like Pixar’s Wall-E. Among other things, it fires a laser at soil and rocks, heating them to a plasma that can be analyzed via spectroscopy.

Spectroscopy can determine the elemental makeup of Mars’ rocks and soil –lots of iron here, more silicon over there, and so on – but Rivera-Hernandez thought of using this data in a different way.

As the laser moves over the surface, “there’s a lot of variability in composition from spot to spot,” Rivera-Hernandez explained. The pattern of that variability changes whether you’re looking at very small grains, which like sand present a relatively uniform appearance, or grains large enough that the laser zaps a single piece at a time, changing the spectroscopic results as it moves. So the mere pattern of how results change as the laser moves can give you more information than the individual results themselves.

“Looking at variability in composition, you can estimate the size of grains of rocks,” said Rivera-Hernandez. “This gives a more robust picture of how the size of sediment grains and rocks are changing throughout the area the rover is driving. It can help us interpret past environments, particularly because (grain size) reflects the speed of the flows that deposited them.”

And how does it do that?

“If you’ve been to a lake, it’s a quiet environment, you’ve seen a lot of mud,” which to a sedimentologist is just material with really small grain size. “Whereas you go to a mountain stream, those tend to have coarser sediment grains, because it requires more energy to move larger grains.”

The recent published research presents evidence of shallow briny ponds that went through episodes of overflow and drying, created by climate fluctuations as Mars shifted from being wet to being a freezing desert.

Curiosity, of course, is the car-sized rover that has been trundling across the Martian surface looking to see if Mars could have ever held life. It has covered 13 miles since landing in 2012, so it’s even slower than me when hypermiling in the Prius.

It is the perfect example of “big science” in action, costing zillions of dollars to create, transmit and operate. Rivera-Hernandez is one of 19 authors from a dozen institutions on that recent paper. Who knows how many other scientists’ work depends on what the rover finds, and it will take all of them to understand what Mars was like in the past.

It’s a great reminder that most science requires collaboration, despite the myth of the lone genius in the lab shouting Eureka!

But what about that shovel story at the beginning of this column? I asked Rivera-Hernandez what she would do if she could go to Mars (she’s only 32, so it’s not out of the question) and the topic of ice spotted from orbit came up quickly.

“With all this talk about water on Mars in the past, people forget that there’s actually water on Mars now. It may not be liquid, but it’s there, locked in the poles as ice.”

There’s almost certainly ice existing outside the Martian poles as well, judging from interpreted data from satellite observations, but it is buried, which has kept it from evaporating. Nobody has seen it yet, which drives her crazy.

“I want to dig some pits, see if the ground ice is there, and how much it is,” Rivera-Hernandez said. “If we’re thinking of sending humans to Mars, we’ll need to know that.”