Why are stone wall patterns different around the state? (Or are they?) 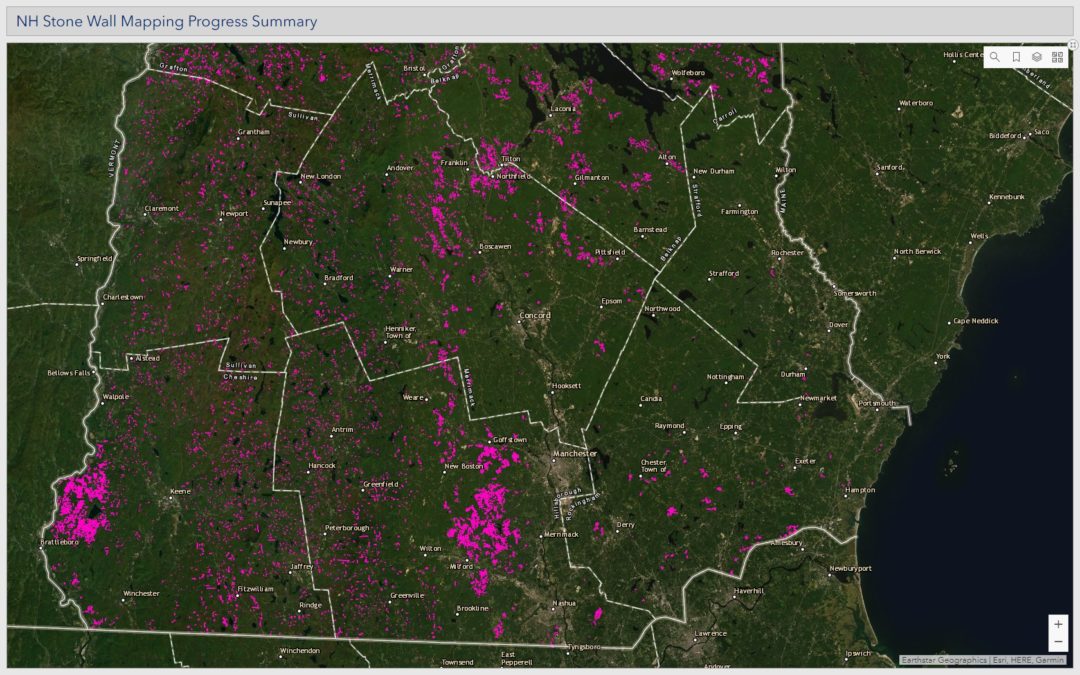 The citizen-science online program New Hampshire Stone Wall Mapper has generated a lot of interest since it launched in January. (Here’s my story about it back then.) More than 146,000 walls, some 11,200 miles worth, have been found via LIDAR maps of New Hampshire since then.

The map showing these walls is interesting. I have attached a screenshot of the lower half of New Hampshire. (I can’t show the whole state – if you zoom out that far, the wall markings are too small to be visible.)

The dark pink areas indicate lots of walls close together, whereas less-pink areas have more scattered walls and dark areas have virtually none Does that reflect differences in agriculture in the 17th, 18th and 19th centuries – places where there were large open sheep pastures as compared to smaller dairy and row-crop farms, perhaps? If so, that’s very cool!

But maybe it’s an anomaly that reflects how many people were interested in mapping different towns and doesn’t really reflect any difference at the ground level.

That’s one trouble with citizen science projects – it’s hard to be sure they’re comprehensive. If there are historians or agricultural researchers who want to make conclusions based on this data, I suspect they’re going to have to do a lot of fieldwork to ensure that it’s usable.

It’s still really cool to look at, however.