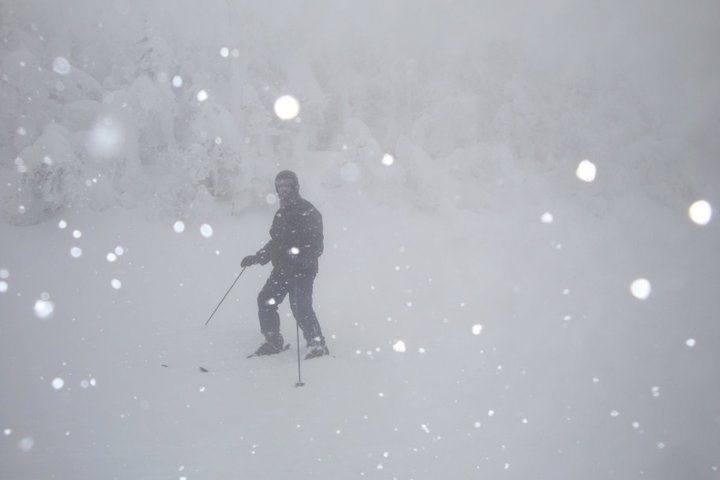 This is me skiing not like an idiot at Cannon Mt. a few years ago. As they say, Cannon is either awesome or awful - guess which it was this day?

A major study of skiing injuries brought to Dartmouth-Hitchcock Medical Center from 35 ski areas in New Hampshire and Vermont shows that, despite what some people think, wearing a helmet doesn’t make you invulnerable:

One conclusion of the study: despite helmeted skiers and boarders being less likely to suffer skull fractures, lacerations or cervical spine injuries, they were more likely to suffer severe injuries, including intracranial hemorrhage (head bleed). The team also noted that helmeted skiers and boarders were more likely to hit a stationary object, and this mechanism of injury was also associated with having more severe injury. (Read the whole story here.)

There is an entire school of thought which says that protective equipment is often counter-productive in contact sports because it makes people feel so safe that they act more irresponsibly. It’s sort of the behavioral version of the Jevons Paradox, which says that increased efficiency of a resource leads people to use more of it, because it’s cheaper, thus undermining the goal of efficiency.

This study seems to support that argument. What you want is equipment that makes you safer but doesn’t make you feel safer. I’m not sure what that would be.