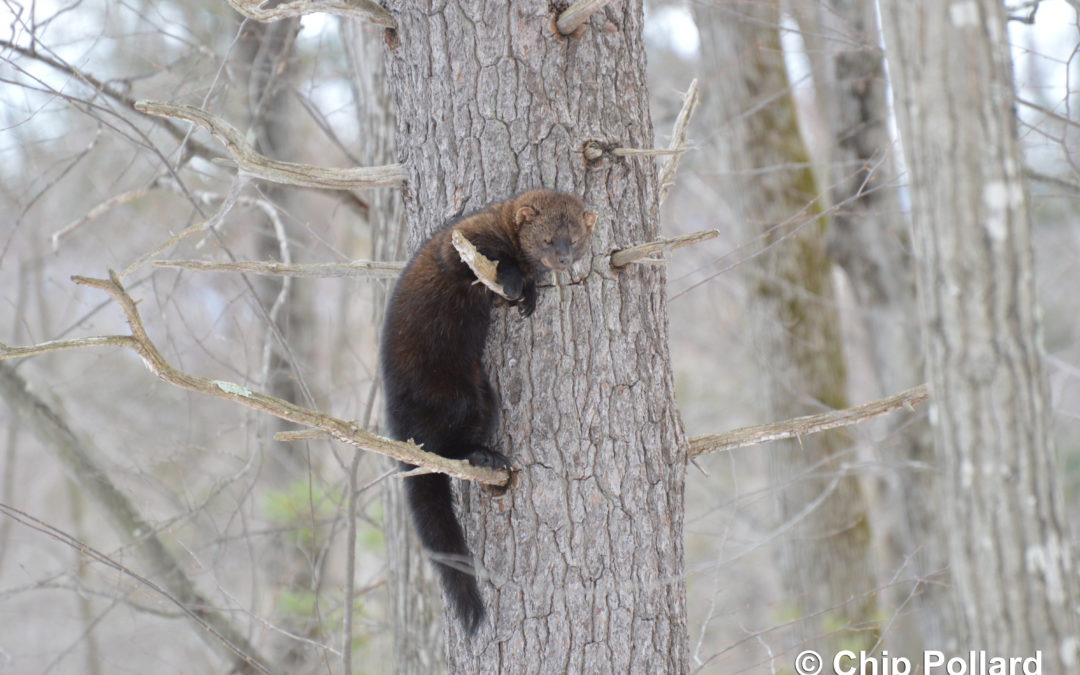 A firsher in a tree. Photo by Chip Pollard via NH Fish & Game

This is the 50th anniversary of wild turkeys being reintroduced to New Hampshire after hunting and deforestation had wiped them out. New Hampshire Fish and Game’s magazine “Wildlife Journal” reprinted an article from 1969 that carried hopeful headline “Turkeys Again? Someday soon you may be able to hunt this wily game in New Hampshire.”

As you probably know, reintroduction of the wild turkey has been one of the greatest wildlife success stories of modern times. Turkeys have flourished here to the point that there is both a spring and fall hunting season, and it’s routine to see them in fields or crossing the road.

But the article mentioned one thing I’d never heard before: We got wild turkeys from West Virginia, the closest place where original strains of the species still existed, in return for giving them 23 fishers, which had been extirpated from that state by deforestation.

This made we wonder whether the West Virginia fishers had done as well as the New Hampshire turkeys*, and the answer is yes. Here’s a 2017 article from the West Virginia Gazette and Mail which stays the state population of the fierce little preditor is now between 1,000 and 2,000 and have spread into neighboring states.

You may wonder how many fishers live in New Hampshire. As I wrote in 2018, we don’t really know because we don’t spend the time and money to find out. All we have is vague estimates based mostly on the success rate of trappers – so I’d take that estimate from West Virginia with a grain of salt.

The article includes this interesting tidbit:

Not much attention has been paid to fishers since they arrived in West Virginia some 45 years ago, but (Rich Rogers, the Division of Natural Resources’ furbearer project leader) said that’s about to change. “We’re going to look at the genetics of the fishers we have here in the state,” he explained. “We started with a limited number of individuals. We’ll be looking to see if we have genetically distinct populations in different parts of the state.”

There’s also this delightful aside:

Not all West Virginians welcomed the reintroduction.

“Oh, there were horror stories,” Rogers said. “Some people thought they were some kind of demon animal, that they’d make their way into people’s bedrooms and steal babies.”

*Actually, the first batch of turkeys brought from West Virginia didn’t survive, perhaps because they were placed in Pawtuckaway State Park, which proved to be less than ideal. A second batch brought a few years later released near Walpole are the progenitors of our current turkey boom.