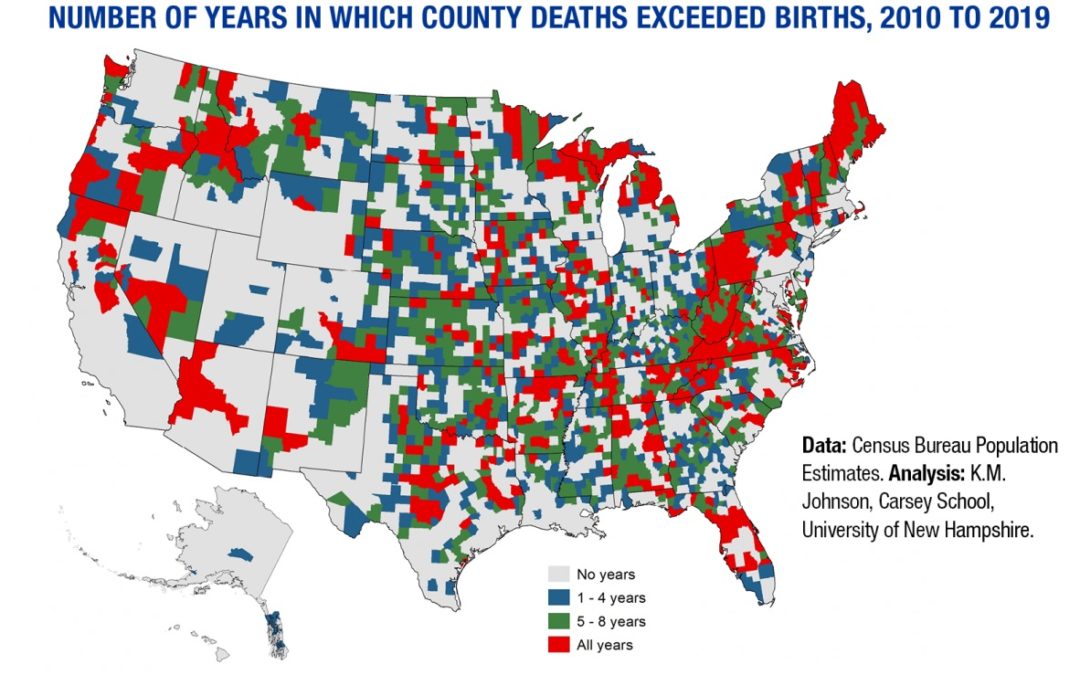 If it wasn't for Portland and Burlington, and southeast NH, northern New England would really be dying off.

The U.S. was already facing a very slow rate of population growth, due to smaller families among non-Hispanic whites and to our crackdown on immigration, before COVID-19 scrambled everything.

Now there’s a possibility that deaths may exceed births in the country as a whole this year, which “has never happened in the history of this country,” says Kenneth Johnson. He’s a demographer at the University of New Hampshire who has been featured many times on this blog.

Today he’s featured in a NY Times story based on his latest analysis of births and deaths in all U.S. counties: