For fighting climate change, COVID will make us: (a) stronger, (b) weaker, (c) who the heck knows 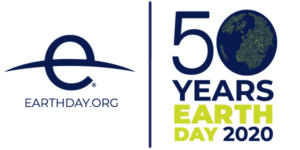 This was supposed to have been a very different column.

The plan, long in the works, was for us to mark the 50th anniversary of Earth Day on Wednesday with a flurry of activity. Granite Geek would put a New Hampshire spin on Project Breakdown, which calibrates the effect of different climate-change actions, followed up with our monthly Science Cafe N.H. on Earth Day itself, talking in detail about which New Hampshire actions would best help deflect the climate emergency.

Plus, the Monitor was planning a special section chock full of big, expensive ads (hooray!), detailing the past, present and future of environmental action in the state.

But then – well, you know what happened. It’s been all COVID, all the time. Our plans, as well as the big ads, disappeared in a puff of virus.

Not only that, but the struggle to cope with the novel coronavirus in the U.S. and around the world is derailing many efforts against climate change.

Financing and workers have disappeared from alternative-energy projects. The push to replace sprawl and individual gas guzzlers with compact living and public transit has been derailed by social isolating. Our frantic wish to “restart the economy” is funneling money to the same old economic systems rather than new ones because that’s the quickest way to see short-term result, even if it’s a disaster in the long term.

Most sobering of all, the COVID-19 lockdown has shown us how very, very hard it will be to reduce the impact of climate change.

You’ve probably seen reports of how all the business shutting down and all the people not driving has produced clean air in Los Angeles, crystaline waters in Venice and views of the Himalayan mountains in India’s cities. That’s great but by best estimates, it has only reduced the world’s production of greenhouse gases by 5% to 7%.

The lesson is that individual actions aren’t enough. Yes, we should compost our food scraps and install solar if feasible and drive less and wear a sweater instead of cranking the thermostat and so on, but that won’t do the trick, not even close.

The thing that really matters is large-scale government action. Which means that we need to worry about – ugh – politics.

Your Earth Day pledge should be to support elected officials who will help us on the right path, whether it’s your zoning board or state representatives or the governor or federal officials or the presidential contest. I’m afraid that to an extent we all need to become single-issue voters, looking at candidates through the lens of climate change before considering everything else.

I know that is hard to do in the COVID-19 era. If you’ve lost your job or your business has gone bankrupt or a loved one has gotten sick then you’re going to respond to solutions rather than long-term climate goals. But we have to try.

Fortunately, there are some solutions to immediate problems that also help the long-term. The most obvious is focusing stimulus money on developing and new technologies such as energy efficiency, solar and wind, better logistics, manufactured wood, R&D for possibilities like green hydrogen, rather than propping up existing ones like fossil fuels or cement. Directing money toward new industries can provide jobs now and economic growth in the future without worsening climate change.

Another idea is making permanent the increase in working from home, to help clear the roads and reduce pollution.

And, to end on a upbeat note, perhaps COVID-19 has taught us bigger lessons.

This pandemic has shown what happens when we ignore scientific evidence and indulge in wishful thinking and wild conspiracy theories, shoving our head in the ground because facing reality is scary. Maybe more people will stop doing that with regard to climate change just as we are – well, most of us – with regard to the coronavirus.

And perhaps these glimpses of life on a cleaner Earth will make it hard for people to go back to the dirty status quo, giving us the determination to create a better planet.