Rooftop solar is becoming a big deal in New England 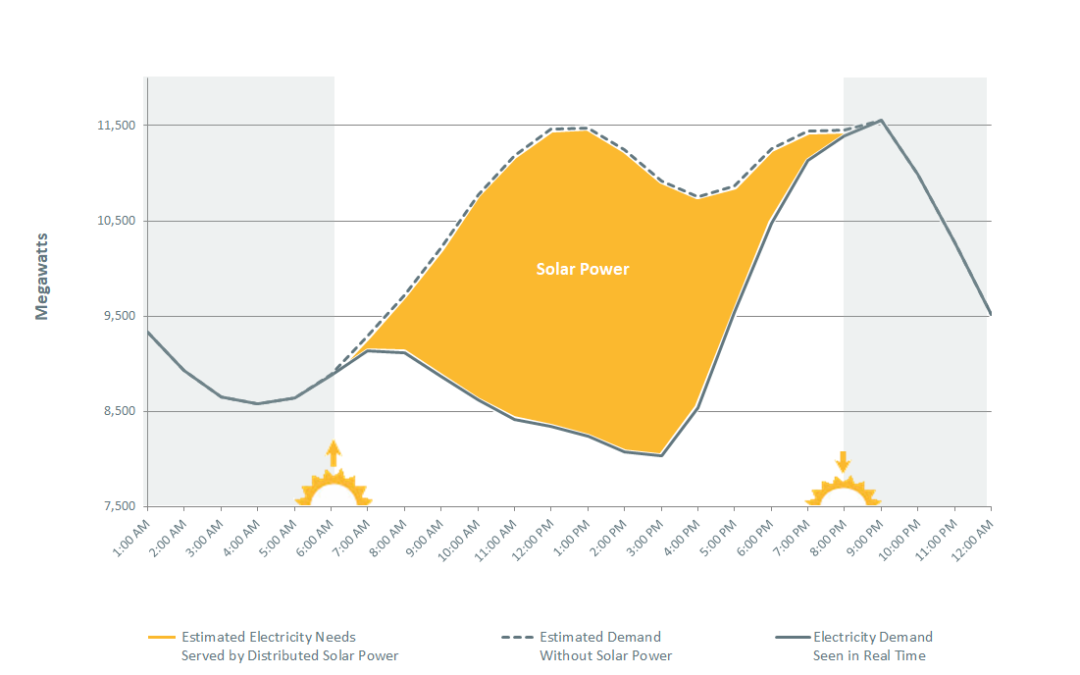 ISO-NE estimates what demand would have been without rooftop solar, then compares it to actual demand.

One sunny afternoon earlier this month, reports ISO-New England, the six-state region had roughly 3,200 MW of “behind the meter” solar – the rooftop stuff, as compared to stand-alone solar farms that feed straight to the grid. This was a record, says the folks who run our power system, although it’s a record that will be falling frequently in coming years, since they expect many thousands more megawatts of solar to be added.

How much is 3,200 megawatts? It’s almost three times the output of Seabrook Station nuclear power plant, so we’re talking serious output. Seabrook produces power far more often than solar panels, including at night and when snow is covering everything, so over the course of the year fission beats photovoltaics by a wide margin.

3200 MW is much more than the maximum output of “in front of meter” solar farms, which peaks at about 200 MW in New England.

Rooftop solar can’t be measured directly as output; ISO-NE estimates it from the afternoon decline in demand. That produces the classic “duck curve” of electric output, as shown above.

ADDENDUM: ISO-NE says, to nobody’s surprise, that we have more than enough electricity supply for the summer.

They said this week that under typical weather conditions, electricity demand will peak at 25,125 MW, and extended heat wave could push demand up to 27,084 megawatt. The all-time peak was 28,130 MW in 2006 during a prolonged heat wave. The six-state region has 33,000 MW of capacity.