Maybe the metric system can fix my kitchen follies 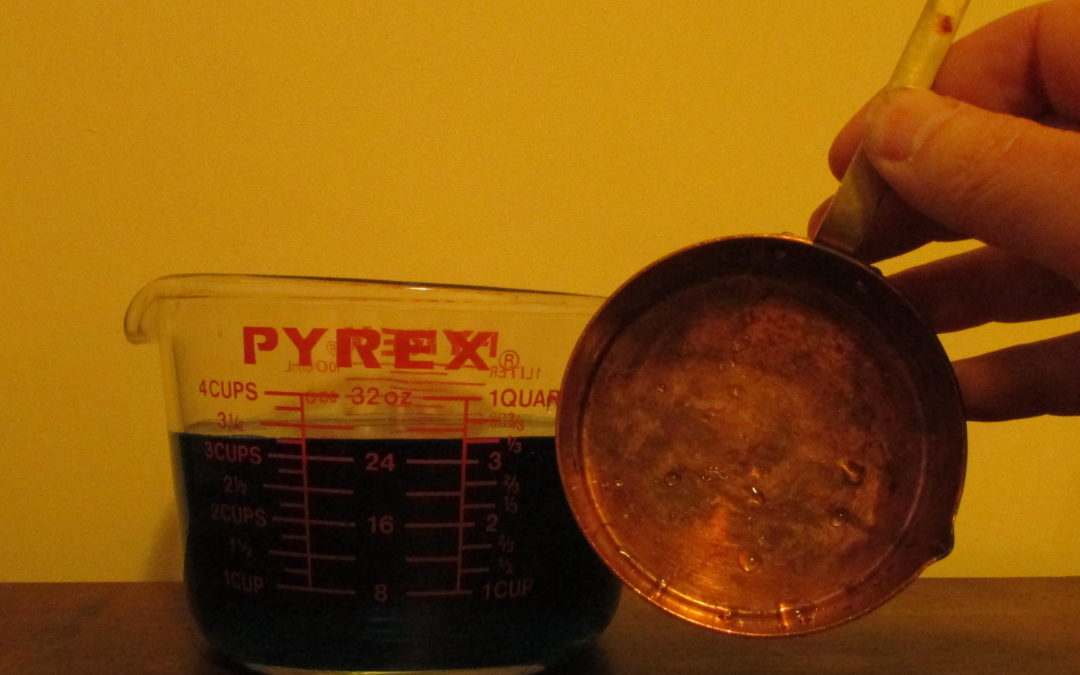 Four of the "cups" on the right produced less than 3/12 cups according to the cup on the left.

I am not one of those people who gets all hot and bothered about the need to adopt the metric system. I’m perfectly happy with inches and degrees Fahrenheit, which fit better into daily life than than centimeters (too small) and degrees Celsius (too big).

But COVID-19 might change my mind. Actually, COVID and cooking.

Like many of you, I am spending more time at home and, with restaurants shut, cooking a lot more. My metric epiphany came when a grotesquely misshapen loaf of bread emerged from the usually reliable bread machine.

Baffled, I called in my spousal culinary consultant. She suggested that I messed up the water.

Not possible, I replied: I measured out four cups carefully because I did learn something from all those failing grades in the chemistry lab. In fact, I said proudly, I used the transparent quart measuring cup instead of the usual metal one-cup scoop, increasing my precision.

The whole point of having units of measure is that they’re all the same and you’re telling me they change from container to container? No way!

But she was right. I poured the metal “one cup” measuring device into the “quart” mea suring cup four times and read out the result – less than 3 ½ cups.

That’s not all. I rummaged through the miscellany drawer in the kitchen and found that one of the “teaspoons” we’ve accumulated over the years was almost twice the volume of another “teaspoon” and the “tablespoons” were almost as unequal. My wife realizes this, which is why she kept a grubby plastic teaspoon when the rest of the set broke – it works with her recipes.

Dismayed at such inexactitude, I reached out to Robert McIntosh, a chef and one of the teachers of the culinary program at Concord High School. He commiserated via email.

“I can understand your frustration and confusion. I have encountered the same issues over many years. There can be a vast difference between different company’s devices,” he wrote.

That’s crazy, I thought. What are cooks thinking? It’s not like the length of a foot varies depending on who’s measuring it.

As I found from an article in Scientific American, the U.S. actually has two different official feet: the international foot and the U.S. survey foot. They differ by only two parts in a million but when you’re doing survey work over miles that can add up, which is why the National Geodetic Survey is pushing the U.S. foot off the stage by 2023. (Don’t tell America-Firsters; they’ll get upset.)

When you open up the hood of the international foot and peer inside you’ll see it’s actually metric in disguise, equal to 12 inches, each of which is defined as 2.54 centimeters. The U.S. survey foot is a holdover from days when measurements were more earthy, such as a 15th-century standard that said an inch is “three grains of barley, placed end to end.”

Turns out that virtually all of America’s non-metric measurements are metric in disguise.

For example pharmacists, who can’t mess around with ingredients, use a teaspoon but it is defined as 5 milliliters, no more and no less. And those pounds I’m trying to shed? Each one is actually 0.45359237 kilograms.

Most of this metric-in-hiding happened in 1959 when the National Bureau of Standards redefined most of our units to their metric equivalents to end confusion and uncertainty. That solidified a practice extending as far back as 1893, when the U.S. Superintendent of Weights and Measures shifted some units from copies of British units, which usually where a piece of metal somewhere in England, to be defined by metric systems.

Apparently this change hasn’t percolated down to the makers of kitchen implements, however. I guess they’re still in the three-grains-of-barley stage.

As for McIntosh, he channeled his inner physicist and suggested that I rely on the most basic attribute of matter –  its mass. In other words, he wrote, weigh your ingredients.

This seems unnecessarily complicated since volume is supposed to be invariant for solids and liquids – I don’t plan to use gasses or plasma as ingredients any time soon – but looking around I find that it’s the standard advice by people who know what they’re doing in the kitchen. Especially if yeast is involved.

“All that said, you need to be much more accurate in baking than in cooking. When cooking I teach that you can always add a little more but it’s much harder to take ingredients out. The same holds true for cooking times. You can always cook it more,” McIntosh wrote.

Or you can just eat it, which is what I did with my bread. The perfect is the enemy of the good, especially when I’m hungry.