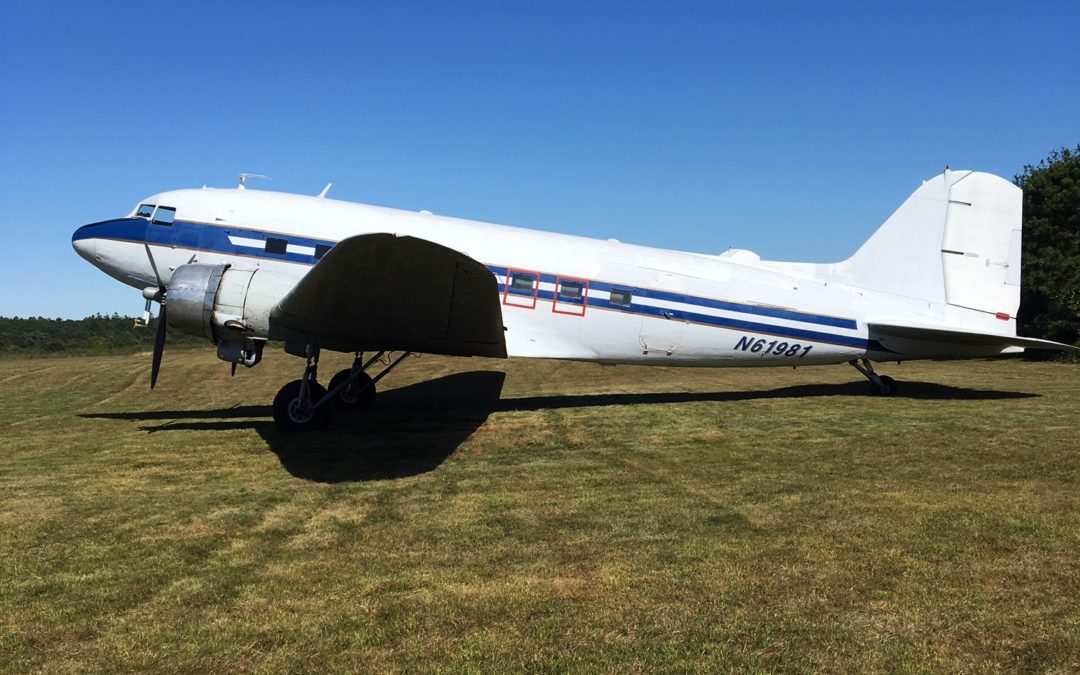 Manchester-Boston Regional Airport will see the arrival of a DC-3, the most iconic of propeller-driven passenger planes, on Aug. 15 to wind up a virtual “around the world” flight that has been hosted by the New Hampshire Aviation Museum this summer.

Tours will be available of the for $5, which will support the very cool Aviation Museum, which is located in an old Art Deco control tower on the far side of the airport’s runway. Other aircraft will be on display on the airport’s East Ramp as part of the museum’s annual ‘PlaneFest’ celebration.

Introduced in the 1930s as the first all-metal airliner, the DC-3 was wildly popular with thousands produced for commercial and military use. (“Gooney Bird” is technically the nickname only of the military version made for World War II but it’s often applied to the civilian aircraft.) It was so popular that the Soviets built a copy called the Lisunov Li-2.

Many DC-3’s fly today; the aircraft coming into Manchester was delivered in 1940 to American Airline, and later spent many years flying for Provincetown-Boston Airlines. It’s now privately owned and based on Cape Cod.

The museum’s ‘Around the World Flight Adventure’ was launched in the spring spring as a virtual learning program. Volunteers used the museum’s Elite Flight Simulator to fly virtual segments around the globe, which were then posted online at the Museum’s website, www.nhahs.org. Each segment included recorded video of the takeoff and landing, narration along the way, a pilot’s log with extensive notes, and links to more information.

“We began sending information about the project to schools this past spring, as soon as we started planning it,” said Jeff Rapsis, executive director of the Aviation Museum. “From the data, we know we had an average of several hundred viewers for each segment through the end of school in June.”

Flight segments introduced students to the basic science of flight and the craft of piloting, but also explored topics of geography, history, and culture.

The project also included two livestream events: a Memorial Day flight over the D-Day landing beaches in Normandy, France, which was highlighted by Newsweek Magazine and which attracted about 1,000 viewers from around the world; and another on the 4th of July over Italy exploring the connections between Ancient Rome and the founding of the United States.