Yes, the summer was hot: A record in Portland, hottest in 144 years in Concord 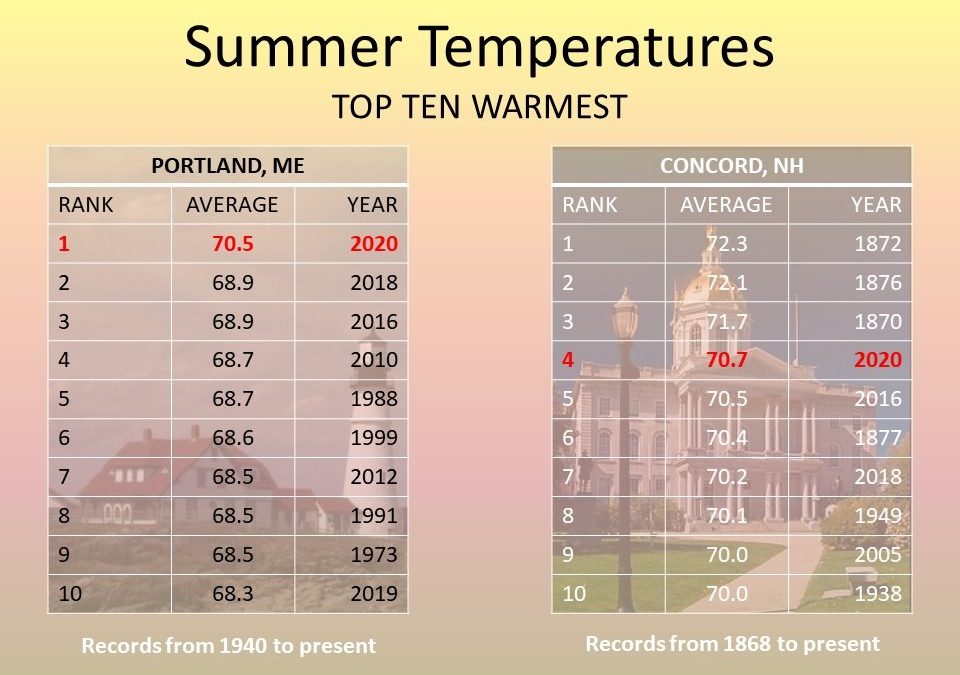 The average temperature at Concord airport this summer was higher that it has been since Ulysses S. Grant was president, with the temperature rising above 90 degrees on 24 days.

Portland, Maine, meanwhile, saw its hottest summer on record, by a long shot.

The National Weather Service office that covers Maine and most of New Hampshire made the announcement Tuesday after crunching data for June, July and August – the period of meteorological summer.

The average summer temperature at the NWS official thermometer in Concord was 70.7 degrees, topped only by three years during the extremely warm decade of the 1870’s. This summer edged out the average of 70.5 degrees in 2016 and 70.2 in 2018.

Concord temperature records go back to 1868. Portland’s record is much shorter, going back only to 1940. If Concord’s records only went to 1940, this would have been our hottest summer, as well.

Portland’s average temperature was 70.5 degrees, a full degree and a half above the next-hottest year. Six of Portland’s 10 hottest summers have come in the past decade.