French fries – bad for you, good for Keene State heating 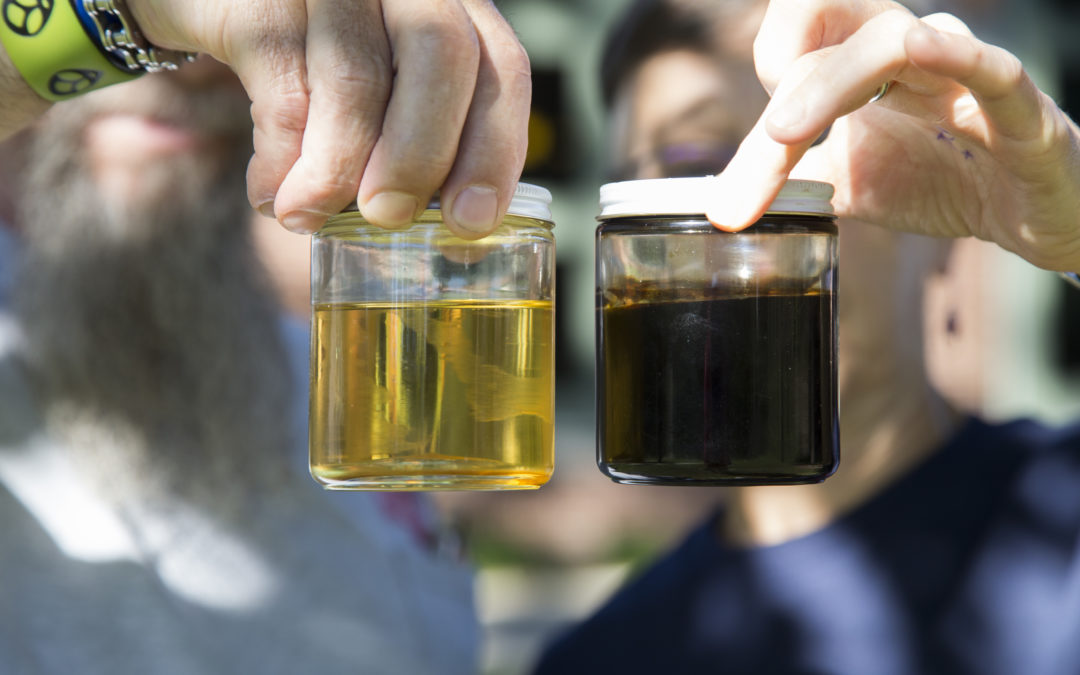 Which would you rather burn? (Keene State College photo)

My first job in high school was at a fast-food joint that made fried chicken. As low man on the totem pole I had to clean out the grease trap, a container under the floor where used fats and oils collected during the course of the day.

When I mentioned this to Rory Gaunt, who has built an alternative-energy company based on collecting the glop out of grease traps, he was sympathetic. Sometimes, Gaunt said, the Massachusetts firm Lifecycle Renewables hires people who had previously worked at wastewater treatment plants only to have them quit after a few days because they can’t handle it.

“It’s not for everybody,” he said.

Aside from nostalgia, why am I mentioning this? Because it’s the back story to a happy pollution-control update at Keene State College.

The college used to burn 850,000 gallons of No. 6 fuel oil every year to make the steam that heats half the campus. Now it burns nothing but fuel that Lifecycle Renewables makes out of used grease collected from restaurants, cruise ships, hospitals, food processors, TD Garden – anywhere that fried food is to be found.

The pollution benefit is big.

“Our emissions barely show when they do the monitoring,” said Bill Rymes, facilities manager at Keene State College.

I wrote about this project in 2016 when it was just getting started, with Keene State set to be the first college campus to use Lifecycle Renewables, which filters and processes used grease with proprietary systems to create its vegetable oil fuel.

I recently checked back to see how it had gone, knowing that green-energy projects using new tech often quietly fizzle when costs or benefits don’t match expectation.

It was a pleasant surprise to find this one cranking along. All three boilers have now been converted.

“Keene State burned its last gallons of No. 6 oil in September of 2018,” said Dianna Duffy, energy coordinator for the college.

The pollution benefits come partly in reduced greenhouse gases – not eliminated, since they’re still burning material and releasing CO2 – but mostly in soot and particulate matter. That’s a big concern in Cheshire County; the geography of the area around Keene means that pollution gets trapped by temperature inversions in winter, which is why it’s often the only place in the state to face air-quality warnings when it’s cold.

No. 6 oil is one of the gunkier products of petroleum refining and produces a lot of soot when burned, so removing it from one of Cheshire County’s biggest institutions is a real win.

Ah, you say, but what about cost? Good question.

Importantly, minimal equipment conversion was needed, says Rymes (who is, incidentally, no relation to the New Hampshire oil company family). Keene State uses the same two 20,000-gallon storage tanks it always has and every few days a tanker truck from Lifecycle Renewables fills them with refined grease, just as happened with fuel oil.

The boilers are the same, although Rymes said they have switched one piece from iron to stainless steel because it was wearing out more quickly.

Despite that problem, Duffy said Keene State burns only slightly more grease than they did fuel oil because of changes in technology, insulation and other factors in their buildings.

“We have tightened up infrastructure, increased efficiency of the whole system so we’re using less. There’s no point in putting green technology on a brown system,” Duffy said.

Overall fuel cost is comparable, Duffy said, although it’s hard to be specific because oil prices fluctuate so much.

The financial factor that made this possible is Renewable Energy Credits, or RECs. Keene State College gets RECs for burning as a financial incentive to cut pollution, and gives those RECs to Lifecycle Renewables, which sells them to companies that can’t meet their renewable energy guidelines. In return Keene State gets a fixed price for its fuel, saving a lot of budgeting headaches.

Keene State gets an indirect benefit, too, said Duffy. It received a 2017 Green Ribbon School award from the U.S. Department of Education partly because of this conversion, and that can help lure students at a time when schools need all the enrollment help they can get.

Lifecycle Renewables is a private company that, like most such firms, doesn’t disclose a lot of details about its operations. It pays most restaurants and others to collect their grease, which it processes and sells as fuel. It has also developed a number of services, many related to grease trap maintenance.

The pandemic, of course, has been a blow to their raw material supply.

“I think we saw the bottom in May of this year because of COVID, and it hasn’t been easy. We’re back to almost 80% of what we would consider normal,” said Gaunt. “If there are further shutdowns over the winter that could create a bit of a headache.”

Gaunt sees Lifecycle Renewables as a business idea that lets the invisible hand of the marketplace do good, for a change. It turns an unavoidable waste product into something that has value and can replace a pollution source, potentially changing habits.

“We provide an economic ability to incentivize them to recycle,” said Gaunt.