If true geothermal arrives here, it’ll have to be around Conway 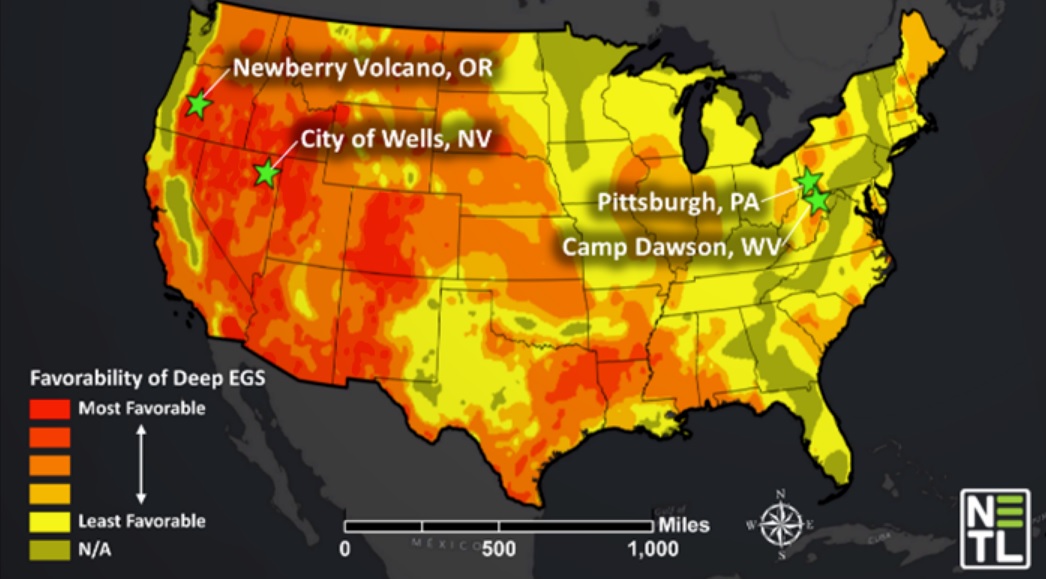 True geothermal is prominent in parts of the world where magma comes relatively close to the surface, raising temperatures within reach of drilling rigs. That includes the American West, the Philippines and Iceland, which is the only place in the world where humans have caused a volcano, after a drill punctured a pocket of underground lava.

The East Coast, which is geologically quiet, has always been a geothermal dud. So it was a big surprise back in 2007 when an MIT report identified the Conway area as the one spot east of the Mississippi where true geothermal might be financially feasible – not due to underground magma, but to natural radiation from New Hampshire’s signature stone.

Turns out, all the granite and related elements produces enough radioactivity deep underground to be potentially feasible. In fact, during the 1970s’ oil shocks, a “hot, dry rock” experiment was planned for Conway to determine the suitability of geothermal power but oil prices went down again so the study was canceled.

In 2017 the Department of Energy released a report about subsurface modeling, searching for good places for geothermal energy. (The report is here.) They didn’t mention Conway, but you can see it on the map shown above: it’s relatively red, as in more likely to produce geothermal energy.

I wouldn’t get too excited, though. In 2007, the MIT folks said if Conway tapped its geothermal energy, it would be the most expensive such site in the country because of the extreme depth needed to drill to get enough heat.  Still, it claimed that  New Hampshire geothermal could generate as much electricity as three Seabrook Stations which would certainly shake things up.