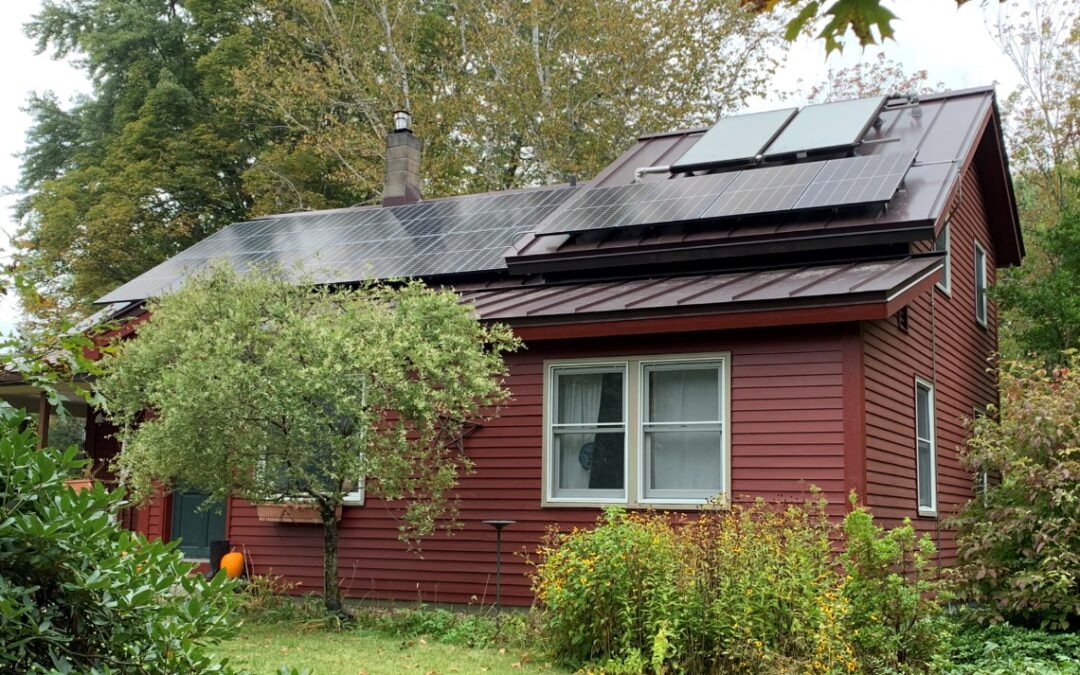 Considering how absolute it sounds, “Live Free or Die” can be pretty squishy sometimes.

For years the most confounding example of this paradox has been cannabis. New Hampshire loudly defends the right to expose our skulls on a motorcycle or stroll into the Gulp-N-Go with a knock-off AK-47, but heaven forbid that I should be allowed to decide whether to inhale some THC.

Dope for the fun of it remains forbidden in New Hampshire even as states like South Dakota and Arizona – Arizona, for crying out loud! – have approved recreational marijuana. Why? Darned if I know.

Personally, I don’t care much about reliving a few yes-I-inhaled moments from college days, but I do care about a more recent case where we failed to follow our Live Free of Die roots: individual solar power.

New Hampshire is a pathetic laggard in solar of all sizes compared to our neighbors. We can excuse richer Massachusetts and maybe tree-hugging Vermont but even Maine is starting to leave us behind. This is embarrassing for a state that likes to brag about our technology chops.

This lack of support is a real puzzle because New Hampshire loves local control and it doesn’t get much more locally controllable than photovoltaic panels on your roof. No more nanny-state life under the Big Bad Utility for me, thanks very much; I’m powering the computer with home-grown electrons!

You’d think all the people who quote our license plate at the first hint of a tax increase would want New Hampshire to do everything they can to boost local solar power, such as removing zoning and assessment obstacles, making it easier to get tax credits and establish group solar projects, and supporting PV-related training programs.

But wait, there’s more. Solar is not only good for the liberty-loving individual, it’s pretty good for everybody else, too.

A recent analysis by Synapse Energy Economics, using hour-by-hour data on New England’s solar power, estimated that behind-the-meter photovoltaic panels such as the ones on my roof saved users $1.1 billion from 2014 to 2019, with $83 million of that in New Hampshire. This covered smaller (less than 5 megawatt) installations, virtually all of which served only the person or company that built them rather than selling power into the wholesale power market – a.k.a. behind-the-meter solar.

All of these panels reduce costs not just by allowing the owner to avoid buying electricity from the grid, but also by lowering the prices of electricity for everybody.

That last point is key: Solar doesn’t save money only for those of us with panels. When solar power operates it replaces more expensive electricity from power plants that have to buy their fuel instead of getting it free out of the sky, which can benefit all customers because electricity rates depend in part on those costs.

As we all know, New England’s electricity rates are just about the highest in the country. One of the ways to lower them would be to add more solar.

That sounds wrong because many people still have the image of solar power being expensive. But the cost of panels, electronics and installation has fallen so fast, and the system has so few operating costs, that at utility scale in much of the world solar is the cheapest form of electricity production, even when adding the need for storage. In some places it is now cheaper on a per-kilowatt basis to build a new solar plant than to continue operating existing coal places, which is mind-boggling.

Local solar also has local health benefits (no emissions to inhale) and avoided-cost benefits because you don’t have to build more transmission lines when 5,000 houses are using 5,000 new rooftop solar arrays instead of using one new gas-fired plant. These benefits are real but hard to calibrate. The Public Utilities Commission is in the process of trying to fix numbers on such value of solar so it can be plugged into the complex formulas used in the very regulated electricity system.

Despite all this good stuff, support for solar power in New Hampshire still comes mostly from the environmental crowd rather than the politically conservative crowd and its libertarian subset. They have mostly doubled down on maintaining the same electricity-producing system we’ve had for decades, even though it’s very centralized and controlled from above. Again, I’m not sure why.

The result is not just embarrassing but will become an economic drag. We’re not just feeble in solar power (41st in the country, says the Solar Energy Industries Association) but also feeble in solar jobs and solar companies.

The energy revolution is one of the most important things happening in technology right now and is going to be one of the biggest economic opportunities in coming decades, creating employment and investment and innovation and start-ups. We don’t want to miss it because New Hampshire knows what it’s like to miss a technology transition.

There are still people alive who remember the devastation when the textile mills moved South. We recovered by embracing the new technologies of the digital revolution but it was a painful and too-long transition. I’d hate to see us repeat that history.