N.H. spots a lot of UFOs 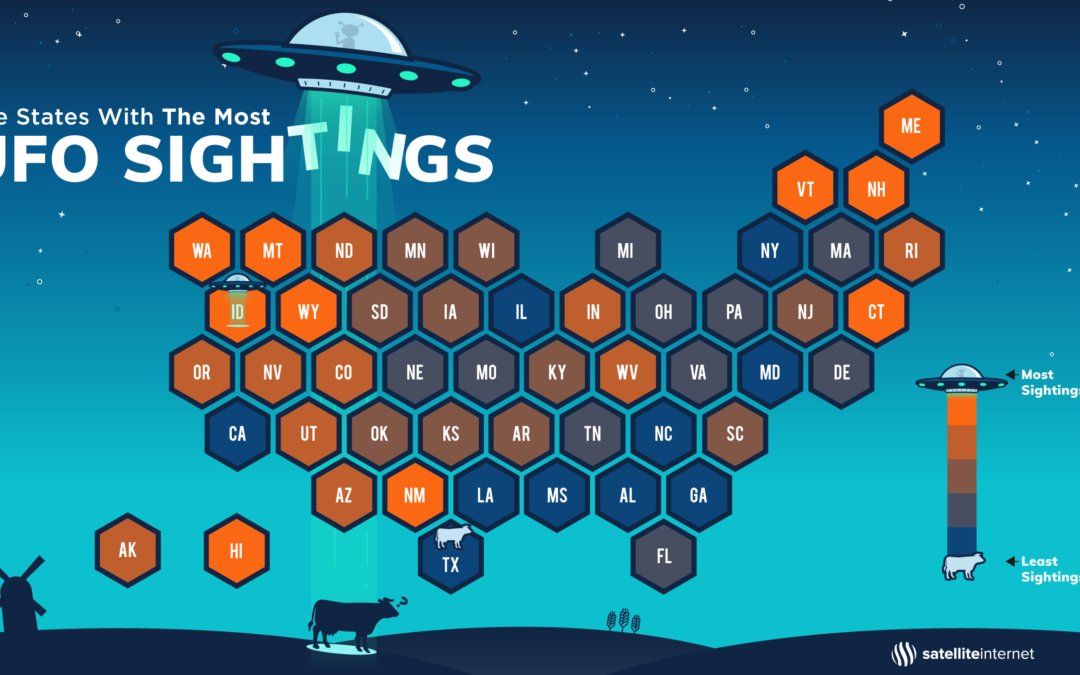 The national UFO Reporting Center says people in New Hampshire reported more things in the sky that it didn’t know what they were than those in almost any other state. Only Idaho and Montana had more.

My thought was: It’s just states with lots of rural places (no city lights, nothing else to do but stare upward) but Texas had the fewest number of sightings reported to the National UFO Reporting Center, so that’s no good. The Southeast in general is UFO-hesitant: the bottom 10 of UFO reports includes seven states that were in the Confederacy. Some folks might conclude that UFO sightings are thus a reflection of culture rather than actual things in the sky.

I learned all this fascinating stuff from a company selling satellite internet service.

New Hampshire, of course, has a long and storied history with aliens.