AltaVista, the early search engine that might have saved DEC, was born a quarter-century ago 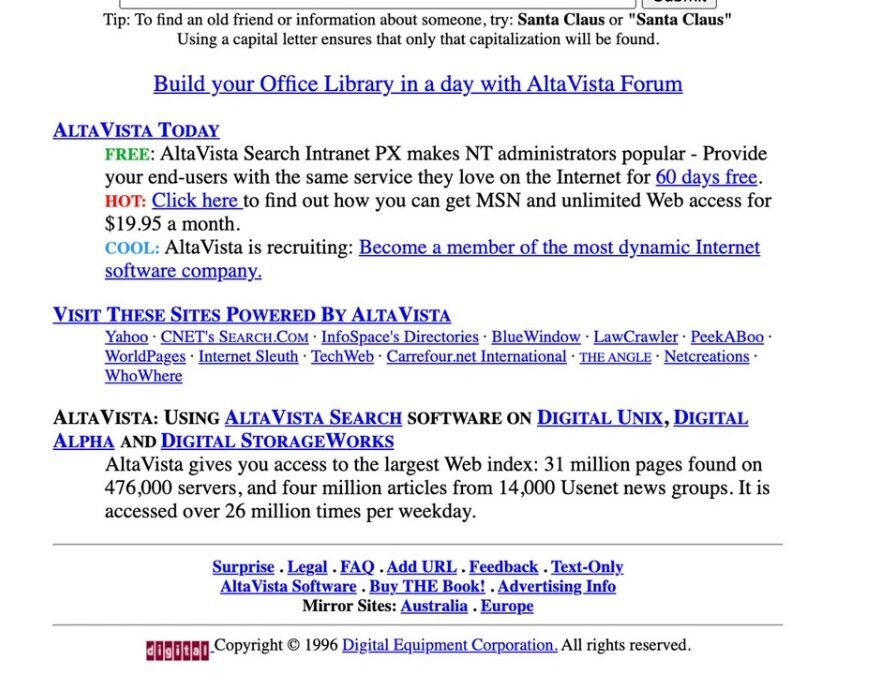 AltaVista was probably the best of the pre-Google search engines, created by Digital Equipment Corp. mostly to help them sell their DEC Alpha processor line. It was launched in January 1996, a cool quarter-century ago. Vice has a nice overview (read it here) of why it was born and why it failed:

DEC, trying to kickstart things, needed a way to promote what the Alpha could do, and it was decided that a project to highlight the Alpha’s capabilities at chewing through a massive database was just the way to do it. And what better database to chew through than the World Wide Web? Hence, we got AltaVista, a shining example of what a struggling company’s server hardware could do.

So why did AltaVista lose? Well, while it was a great idea for a marketing tool, it was almost as if DEC didn’t realize that the search engine was a worthy business on its own until it was too late. Which meant that after they built the thing, they naturally would face competition from companies that did understand this