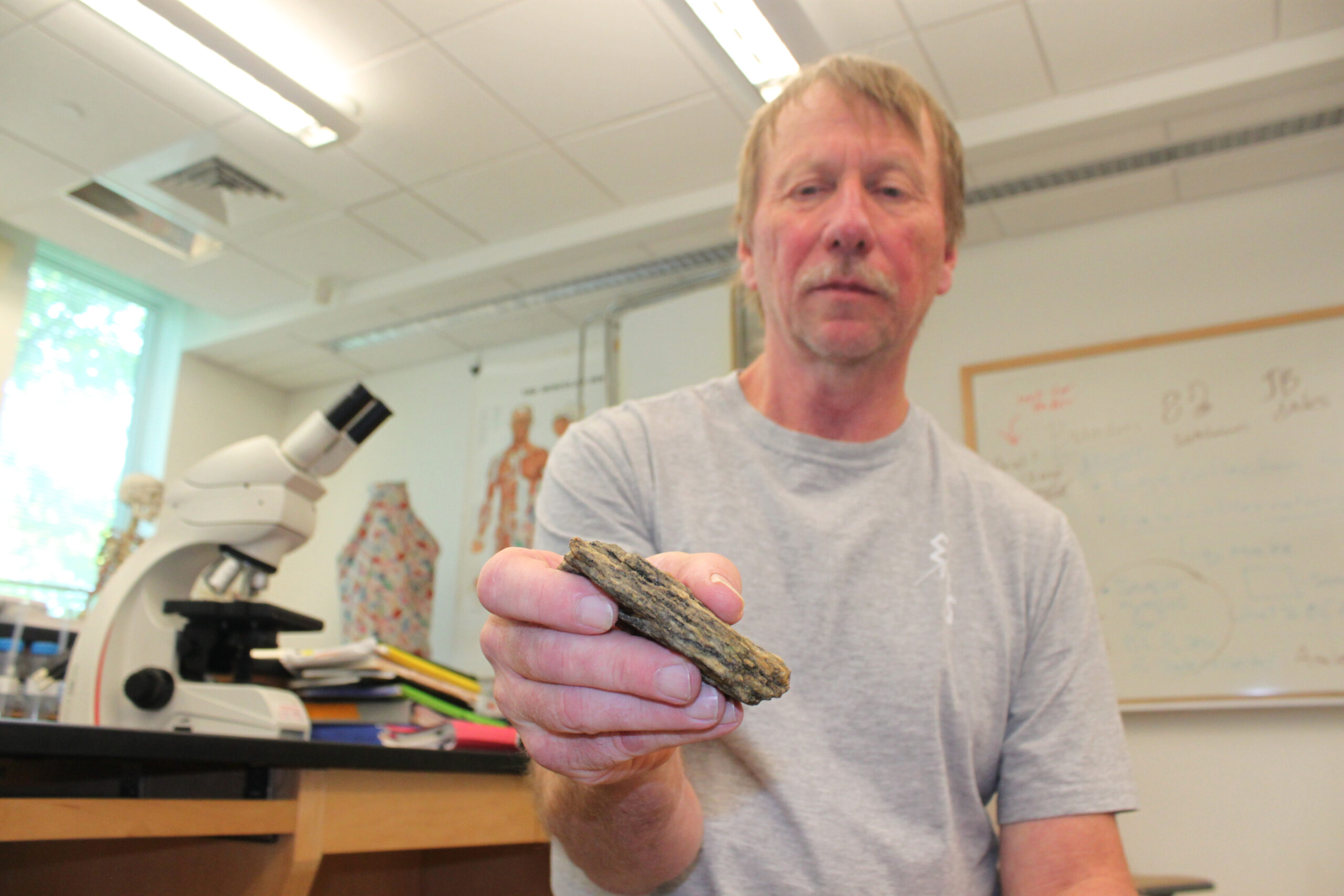 As I write this, Massachusetts is deciding on a state dinosaur joining the many states that already have one. New Hampshire doesn’t have a state dinosaur because of our geology – we’re so igneous/metamorphic that no fossils (which are only preserved in sedimentary rock) exist here. We almost had a state fossil, though, as I wrote about in 2015. Here’s an edited version of that column from the Nashua Telegraph – neither bill became law. I also talked about it with NHPR.

This column isn’t called SedimentaryRockGeek so it rarely mentions fossils, granite being an igneous rock that has been melted and frozen over millennia, which doesn’t lend itself to preserving dinosaur bones.

he past two years have seen teeth from both woolly mammoths and mastodons found in New Hampshire, leading to one of the best bills that will be contemplated by the 2015 state Legislature: “Designating the mastodon as the official state fossil.”

The fun part of the debate will be mammoth vs. mastodon, a delightful change from Republican vs. Democrat.

Woolly mammoths and mastodons are separate species of the order named Proboscidean (I speak as a guy with a good-sized proboscis), which includes modern elephants. Both had coats of hair for cold-climate life, but mastodons evolved earlier and had flat heads that make them look a little weird, while mammoths looked like African elephants who got carried away buying toupees.

Both species existed throughout North America and died off at the end of the last Ice Age, around 10,000 years ago, due to the changing climate and over-hunting by a bunch of aggressive primates that had wandered over from Asia.

Their relatively recent existence, millions of years after our granite was formed, means remains should have been preserved hereabouts. But until a little over a year ago, few had been found in the state.

Then, in February 2013, a scallop fishing boat based in Rye scooped up a woolly mammoth tooth from the ocean bed near the Isles of Shoals, an area that was dry land when the glaciers still covered northern New Hampshire. (The glaciers used so much liquid water that ocean levels were lower by several meters – the opposite of what we’re going to see in the coming century as the ice caps melt and sea levels rise.)

Incredibly, in May the same boat, piloted by Capt. Mike Anderson and his adult daughter Kelsi, found a tooth and part of the jaw of a mastodon. Both samples are so well preserved that the world’s Proboscidean experts have been passing them around excitedly ever since.

If that’s not enough, in April 2014, Plymouth State University Prof. Fred Prince found a woolly mammoth tooth in a river bed in the Upper Pemigewasett Valley. His story is great, as I reported at the time (that 2014 story has disappeared into the ether, alas): Prince had found a similar tooth a decade earlier but tossed it before learning what it was, and wanted to compensate for this error: “I know it’s hard to believe, but that’s what happened. I went out specifically to find a mammoth tooth and I did.”

The tooth that Prince found is in much worse shape, presumably because it has been exposed to the elements in ways that the undersea teeth weren’t. But it’s still quite exciting.

All this dental discovery led Thom Smith, a third-grade teacher at Kearsarge Regional Elementary School in Bradford, to get his 21 students jazzed up about paleontology. They contacted Will Clyde, University of New Hampshire’s Professor of Geology and Vertebrate Paleontology, and Gary Johnson, Dartmouth College’s Professor of Sedimentology and Paleontology, and after much debate sent a letter to local officials asking that the American Mastodon should be New Hampshire’s state fossil.

That sounds reasonable to me, although the way politics has been going recently the issue could easily prove divisive. I can imagine partisan bickering and demands for secret ballots, amid allegations of hidden mastodon agendas or Proboscidean bias, before it’s all settled.

But I’m sure it will be settled, because the pupils were smart. Their supporting letter presents excellent scientific and historical reasons for creating the state fossil, but knowing that legislative bodies don’t always respond well to logic they added this zinger: “Our surrounding states have state fossils but New Hampshire does not.”

We’re behind Massachusetts? Get to work, Concord!