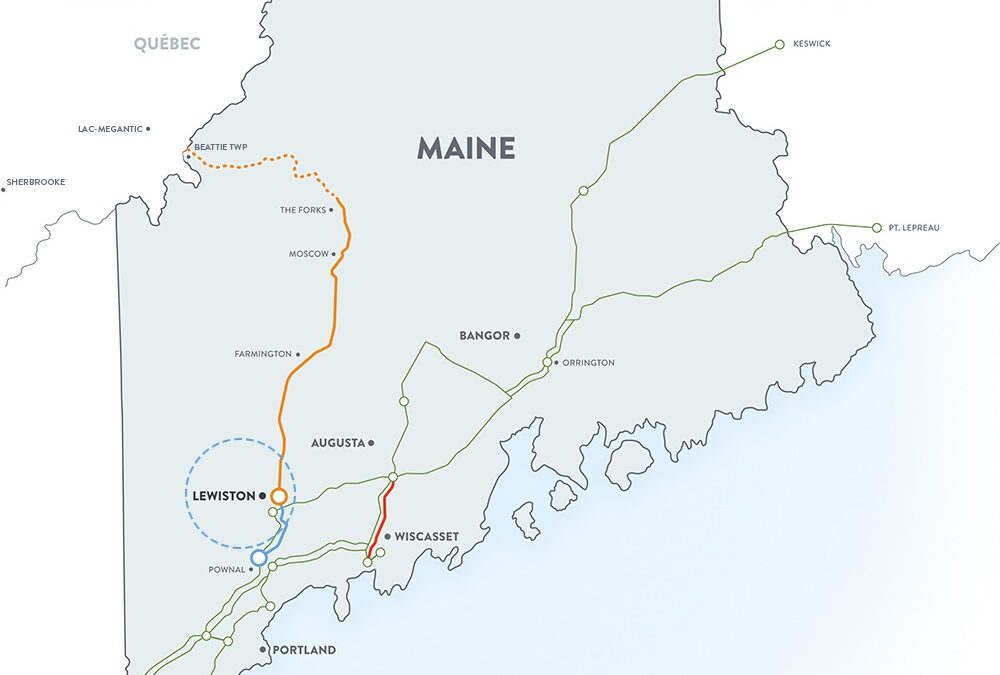 The orange is the high voltage DC line that would bring HydroQuebec power into New England.

The developer of a high-voltage DC transmission line through Maine that would carry 1,200 megawatts of hydropower down from Quebec says access road plowing started Monday and construction will around Jan. 18.

This is the line that was proposed after New Hampshire shot down Northern Pass. It has also been opposed by the same sort of folks who don’t want big power lines build through undeveloped New England forests, but Maine state government has been more supportive.

Tux Turkel of the Portland Press-Herald has the details.

And speaking of wind power, here’s something that will ring a bell with those who watched the decade-long fizzle of Cape Wind: Rich people in New York think they shouldn’t have to see the wind farm’s power cable from their seashore homes (story here). Actually, it’s worse than that: The cable will be buried; they just don’t want a few weeks of construction to take place. And yes, of course, they say they “don’t oppose the South Fork project as a whole” … as long as it does absolutely nothing whatsoever that they don’t like.