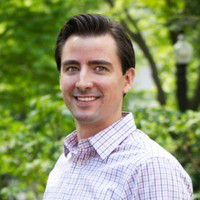 This picture of Keith Gill is on the ZoomInfo listing for Debris Publishing, a defunct investment-software firm he cofounded in Campton, N.H. in 2010. He doesn't look this buttoned-down on YouTube.

The Reddit/YouTube/TikTok handle Roaring Kitty became quite famous due to the little-guy-vs-hedge-fund investment frenzy via the RobinHood app. The story has become more complicated since this column ran, with GameStop’s price plummeting again

Well, the kitty was born, sort of, in New Hampshire. Here’s my story, written with the “what’s a Reddit?” newspaper audience in mind, appearing in the Monitor:

The central figure of the financial turmoil being caused by an online group battling Wall Street investors over obscure stocks like GameStop got a start in New Hampshire, including the “Roaring Kitty” name that has become famous in some circles.

Roaring Kitty was registered with the state at the end of 2014 as an “investment advisory services” limited liability company by Keith Gill, with an address of 26 Washington Street in Concord, according to documents at the Secretary of State’s office.  The document, which notes that the company had “10 or fewer owners,” was signed only by Gill.

Gill also appears to have co-founded in 2010, a year after graduating in college, a firm called Debris Publishing in Campton, a small town just north of Plymouth. It sold “Quuve, the world’s first fully customizable investment management ecosystem for professional investors.” Debris Publishing does not appear to exist any longer.

Gill did not respond to requests for comment from the Monitor. The New York Times says Gill is 34 and a “former financial educator for an insurance firm” who now lives in Massachusetts but its reporter was not able to speak with him, although the reporter did speak briefly with Gill’s mother.

Gill graduated in 2009 from Stonehill College in Massachusetts with an accounting degree, where he was an All-American runner who holds the school records for the indoor 800-meters, 1,000 meters and the mile, which he ran in 4 minutes and three seconds.

Roaring Kitty is the name Gill has adopted in online forms like TikTok and YouTube, although on Reddit – an extremely popular online forum whose slogan “The Front Page of the Internet” is only a small exaggeration – he has the handle “DeepFuckingValue.” He has been touting his investments and investment strategies for two years.

Gill has said he decided to buy lots of stock in GameStop, a struggling chain store that sells video games, because he thought it was in better shape that its market price indicated. The price was low, he said, because short-sellers, many associated with hedge funds and other large institutional investors, had heavily bet against it.

Short selling is a method of buying stocks in which you profit only if  the share price goes down.

After Gill began discussing his GameStop purchase on YouTube and other outlets in mid 2019, it drew increasing attention. Last year the matter was taken up by a subsection of Reddit called “wallstreetbets,” and the flurry of interest sent GameStop stock skyrocketing earlier this month as hundreds of individuals bought options contracts, many of them through a free-trading app called Robinhood.

This in turn put pressure on the short-sellers who had bet prices would go down, to the point that some billion-dollar hedge funds were in financial peril. The resulting turmoil was continuing Friday and has also  ensnared the Robinhood app, which at one point halting trading on GameStop, drawing outrage from some members of Congress, and has required a bailout of its own.

Roaring Kitty and many other online accounts say the turmoil reflects the inherent unfairness of the financial system since they are only doing a variation of what institutional investors do. Online enthusiasm has been fueled not just by hopes of getting rich from sudden stock price jumps but by the feeling that this is a crowd-sourced revolution again elites that have been hogging the rewards of American business.

More established financial figures say the run-up is just a version of “pump and dump” stock manipulation that will harm small investors.

Either way, the trademark Roaring Kitty that has been languishing in the files of the Secretary of State’s office for six years is a lot more notable than it used to be.