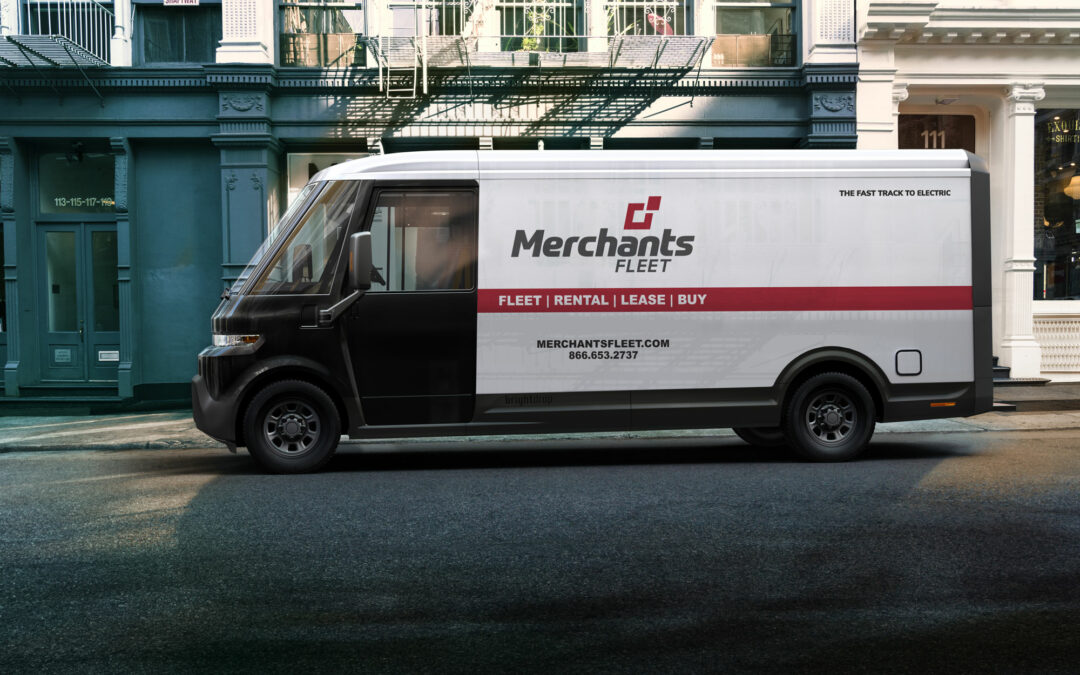 The EV600 electric van will look like this. Merchant Fleet photo

One of the state’s least-known billion-dollar companies, Merchants Fleet, has announced their intent to buy 12,600 electric vans from General Motors even though they don’t exist yet, putting it at the forefront of a huge change sweeping through transportation.

“Electrification is a true technology transformation – probably the biggest the auto industry has ever seen, might ever see,” said Brendan Keegan, CEO Of the fleet management company headquartered in Hooksett. “This isn’t just a Chevy cargo van update; this is completely different.”

Keegan said Merchants Fleet has been talking for a while about how its business will be affected by the upcoming transition to electric vehicles being spurred both by better technology and by growing concern over pollution and climate change. It decided the time had come to act.

Merchants Fleet is the sister company to Merchants Auto, the half-century-old auto dealership; both are operating companies of Merchants Automotive Group. It has about 400 employees in its new headquarters next to Bass Pro Shops in Hooksett with another 100 working around the country.

Merchants Fleet owns $1.4 billion worth of trucks and vans and limos and cars that its leases to 120 companies in the U.S. and Canada and manages over 150,000 vehicles nationally . Despite this size, its business-to-business focus has given it a low profile locally.

Last week Merchants Fleet announced an “intent to buy” for 12,600 EV600s, an electric van that will be built by GM as part of its new subsidiary called BrightDrop. They are still being designed and built and will be delivered next year.

“We are putting intent to buy on vehicles that haven’t been built yet,” Keegan noted.

BrightDrop is GM’s move into many aspects of electrified business transport, not just traditional trucking – it has already  announced an electric pallet that can move products over short distances.

The vans will be built atop GM’s “skateboard” structure, which uses batteries as the floor of the vehicles and the company’s own battery system. Combined with the smaller and simpler motors needed for electric as compared to internal-combustion vehicles, this structure allows a redesign of how vans and trucks look and operate, inside and out.

That versatility is why electric vans and pickup trucks are being developed by a number of companies, both traditional car firms like GM and Volvo as well as startups like Rivian, Workhorse and, of course, Tesla. Big companies from Amazon to UPS to Wal-mart have already said they’ll be using electric vans and trucks soon, and in large numbers.

Cost is a major factor. Electric vehicles are more expensive than gas-powered ones and often require construction of costly charging facilities to replace gasoline or diesel stations but they need much less maintenance and cost less to fuel, meaning total cost of ownership can be much less.

However, less need for maintenance is a two-edge sword for a company like Merchants Fleet, which makes some of its money from servicing vehicles. But Keegan said that’s the way it goes.

“People say, isn’t some of your services revenue going to go away? Yes it is. But the alternative … is I can hold on to that services revenue and watch the rest of my business go away,” he said. “You can cannibalize yourself or be eaten.”

Keegan, who grew up in New Hampshire, said the move to electrification for transport is starting to happen quickly partly because of what he called “a little bit of a societal revolution going on.”

“I moved back to New Hampshire 10 years ago and we were talking about climate change, but it’s starting to hit a tipping point where people are going to do something about it as opposed to just talk about it,” he said. “For real change to happen, sometimes the timelines have to line up. There’s the technology timeline and the social revolution timeline. They’re lining up now.”