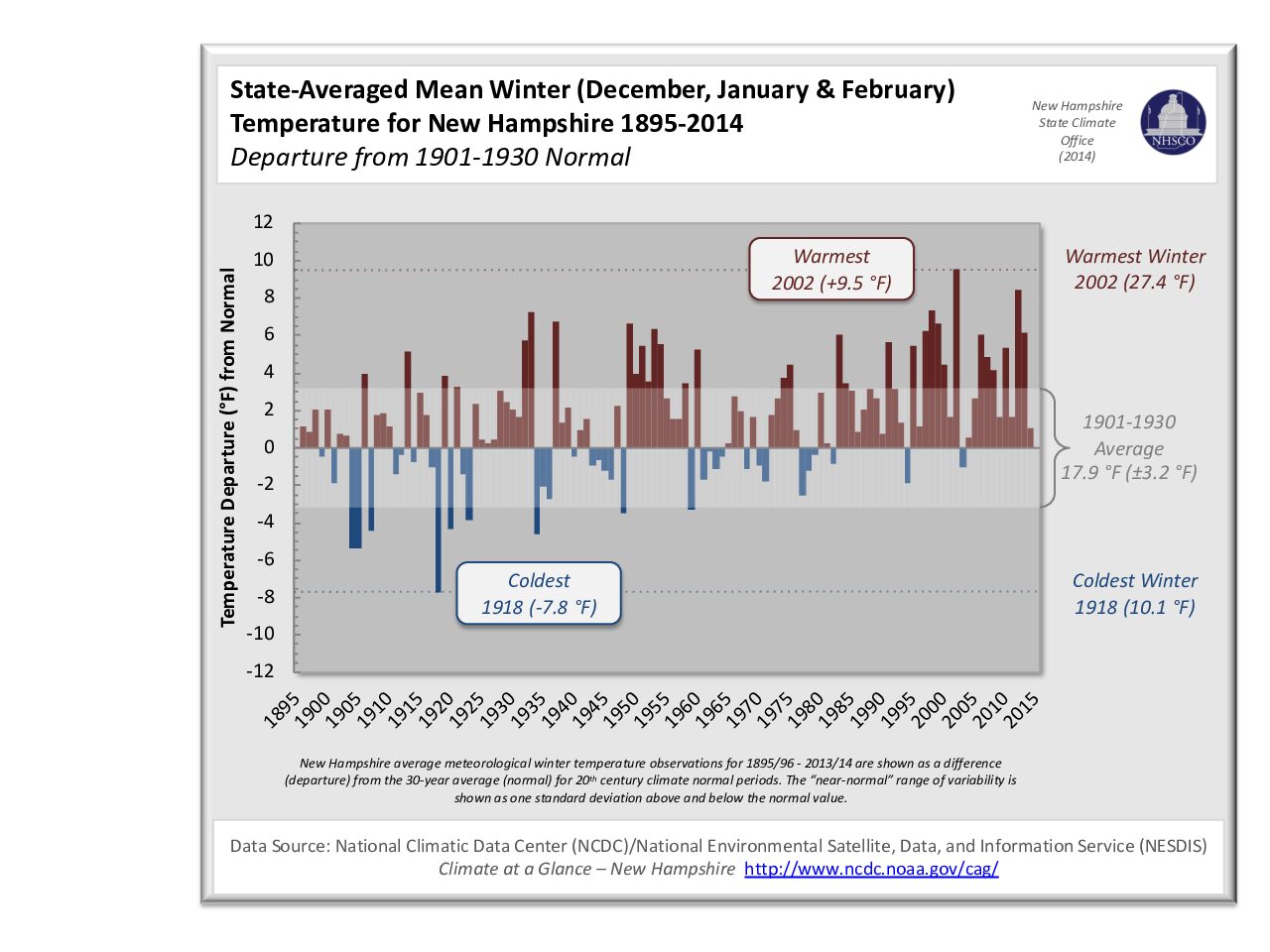 There’s no better measure of how New England’s winters are changing than this: February a bit colder than average in New Hampshire but it was a bit warmer than normal.

In this case, “average” is a comparison to a recent 30-year trend (1981 through 2010) whereas “normal” is a comparison with all of the 20th century. Those terms aren’t set in stone: The National Oceanographic and Atmospheric Association issues a supplemental monthly dataset that compares recent figures to different ranges of “normal.”

According to Mary Stampone, the state meteorologist and a UNH professor, the official temperature in New Hampshire for February was 1 degree Fahrenheit below the 30-year average but was 2 degrees above the 20th-century normal.

That 3 degree difference is significant from a climatologist’s point of view, and reflects how winters in the Northeast and much of the U.S. have gotten warmer, especially since the mid-1970s. As a result, when it comes to cold weather in New Hampshire, what was once typical is now surprising.

“I do this anecdotally with students in my class  …. I ask them does this winter feel normal to you and a lot of times when it’s a normal level  of cold they’ll say it’s below normal,” said Stampone. “I ask the public, who tends to be older; they’ll say no, this seems about right for winter.”

Our changing perceptions can complicate dealing with climate change, since the increase in extreme weather means cold snaps, heat waves, flooding or droughts that should startle us into action begin to seem ordinary.

Later this spring the National Oceanographic and Atmospheric Administration will make its once-a-decade adjustment and move up the baseline period for generational comparison so that it runs from 1991-2020 instead of 1981-2010. The official data hasn’t been released yet but Stampone said she didn’t think it would involve a big change.

But it will be almost certainly raise what we consider the “average” temperature to be, making it that much more difficult for us to realize how much the changing climate is altering our daily and seasonal weather.