Heat pumps don’t seem like they should work here, but they do 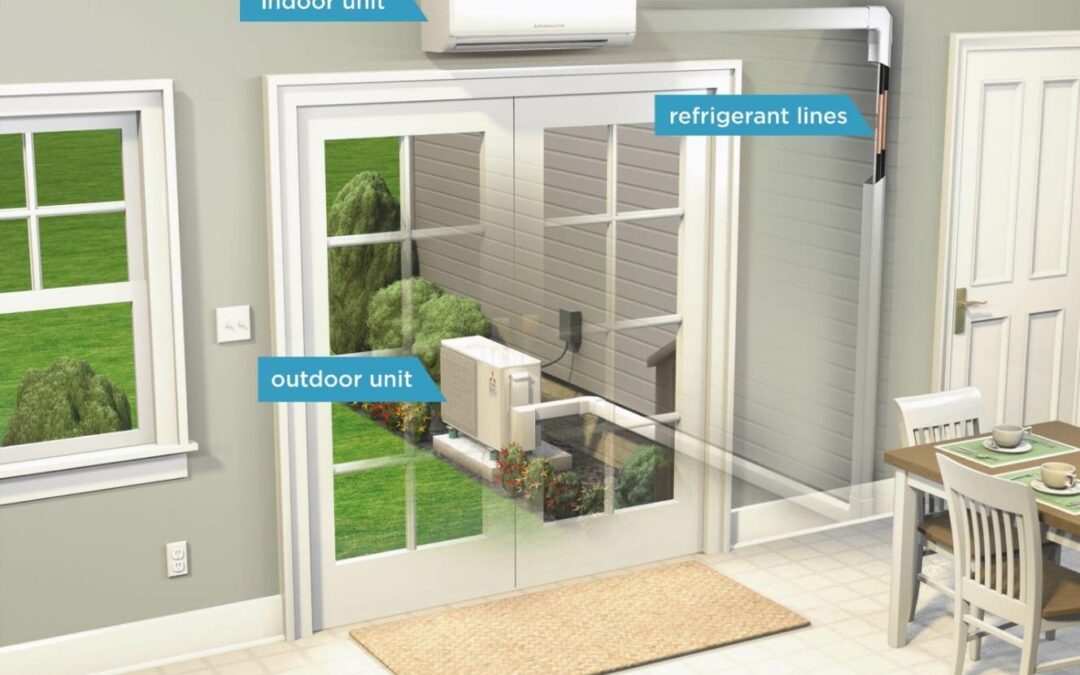 When it comes to the “electrify everything” movement, a key part of reworking society so we stop turning the climate into a destructive beast, three technologies stand out for everyday life.

Two of them you know: Solar panels and electric vehicles. But there’s a third you may have overlooked: the electric heat pump.

Basically, heat pumps use the idea behind refrigerators and air conditioners – absorbing or releasing heat through the compression and expansion of liquids known as refrigerants – and use it to shift heat from one place to another instead of creating heat on site by burning something.

They take warmth from the air or, in geothermal units, from underground water and move it into your home in winter – yes, even when it’s cold as heck – and do it the other way around in summer. That’s one of the huge advantages of the technology. They are both heaters and air conditioners and can even act as dehumidifiers in the right circumstance.

I can hear some of you scoffing right now. Heat pumps have a bad reputation in New Hampshire because earlier types couldn’t handle our winters. I lived in a townhouse with a heat pump in the late 1980s and it was a dud, straining to produce semi-warmish air indoors when snow was falling outside.

But the technology has improved by leaps and bounds and is now regularly used in climates colder than ours.

“There’s a general skepticism. If it’s so cold outside how could you be pulling heat from outside? But these can effectively work in the negative double digits,” said Mark Toussaint, a senior energy efficiency consultant with Eversource Energy. “A lot of people put them into existing houses to solve a cooling need then find out they do heating as well. They keep the oil boiler, or whatever, as peace of mind … but they find that these heat pumps run right through their cold weather.”

Part of Tourssaint’s job is to sell you on the idea of heat pumps – Eversource would be happy if I switched from buying fuel oil to buying electricity to warm my house – but there’s plenty of objective support for using them.

Clean Energy New Hampshire just held a webinar to encourage their use (that’s where I learned about Touissant). The administration’s American Jobs Plan seeks to build, buy and install heat pumps along with other technologies to get net-zero emissions by 2050. The NH Saves program, which encourages energy efficiency of various types, provides rebates to help buy them. Eversource pushes them partly to meet state-mandated energy-conservation goals.

ISO-New England, the folks who run the six-state electricity grid, estimate 2,900 of them were installed in New Hampshire last year and their future planning anticipates “12% annual growth in rate of installations throughout forecast horizon” for the state, which equals 50,000 of them here by 2029.

If you’re curious, Science Cafe New Hampshire will discuss the technology at its next virtual session on Wednesday, April 21. See the website (sciencecafenh.org/) for details on watching via YouTube or Facebook Live.

Toussaint deals with commercial, industrial and municipal customers in New Hampshire and elsewhere. I bet it’s easier for him to sell the idea of heat pumps than it is for colleagues dealing with homeowners because, like solar panels and electric cars, heat pumps cost more to install even if they save money in the long run. Building managers who deal with multi-year budgets are more open to arguments about what’s called total cost of ownership; that’s why fleets of vans and trucks are where electric vehicles will make their biggest splash.

The technology comes in several forms. It can be a whole-building system but more common are “mini-splits,” in which the compressor unit sits outside like an air conditioning unit and is connected via tubes carrying refrigerant to one or more ductless units installed on walls in different rooms. The compressor uses electricity to squeeze or unsqueeze the refrigerant, which changes its temperature, and the lines carry refrigerant to and from the fan-equipped units indoors.

The lines, which are flexible pipes, are much smaller and easier to install than ducts carrying hot or cold air from a central system. That’s a key advantage when looking to upgrade an existing building.

“In my house, it would be nearly impossible to cut it up and put in ducts,” Toussaint said.

Mini-splits allow more operational flexibility since you can heat or cool just one room. Toussaint says that’s a big selling point for upgrades to commercial buildings.

“People who manage buildings, their biggest headache is somebody’s always hot, somebody’s always cold. These allow you to customize zones within a building,” he said. “If you’ve got a server room in the middle of a floor, you can drop a line down from the roof or a nearby wall in a way that you couldn’t easily do (with) your central heating/cooling plant. Or if you have a centralized plant cooling a floor but there’s an office on an exterior wall that gets a lot of sun; you might drop a heat pump right in there and spot-cool it.”

Toussaint, who’s been in the industry a quarter-century, said heat pumps are finally beginning to catch on in New Hampshire thanks to environmental concern and, probably more importantly, practical reasons.

“From a motivation standpoint it’s a powerful climate-change tool. The approach we take with customers is more on their individual benefits: Flexibility, control, efficiency, money saving,” he said.

The best bet for curious homeowners, he said, is to contact a local contractor and ask about it. Many have added heat pumps to their standard toolkit. There are even heat pump-based water heaters; you could ask about them, too.