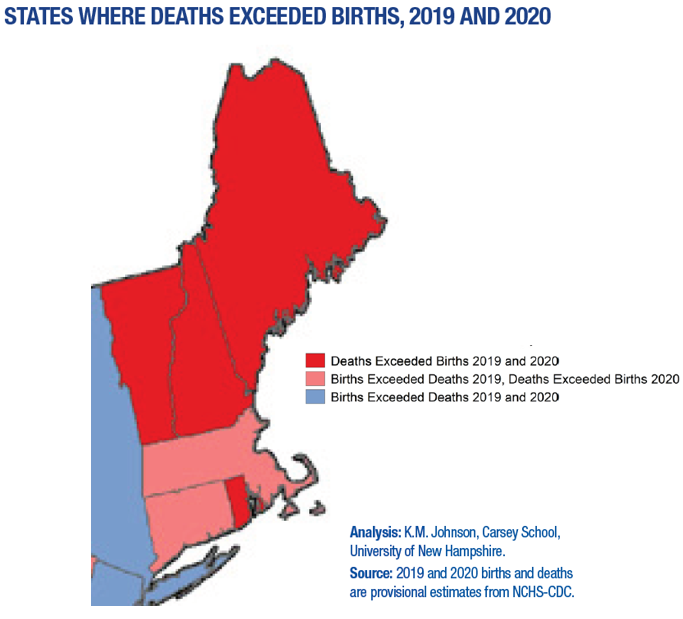 COVID is not the only factor contributing to the excess of deaths over births in New England. The populations of Maine, Vermont and New Hampshire are among the oldest in the U.S. This means more people at high risk of mortality and fewer of childbearing age.

New England’s population can only grow if more people move into the region than leave it. How large or protracted these mortality increases, and fertility declines will be remains to be seen, but they have already reduced population growth in New England over the last year.