Why are people sure they’ve seen a UFO? “Our brains suck.” 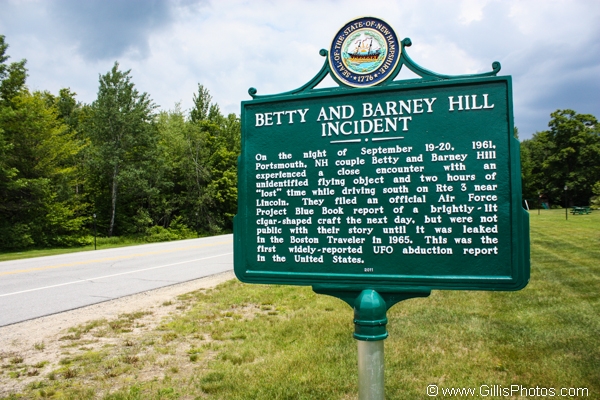 In light of stories about the Pentagon’s interesting in pilot’s “what was that?!?!” reports, I thought I’d dust off a piece I wrote almost a decade ago, in 2012. It’s still relevant:

What would you say if an experienced Air Force pilot knowledgeable about astronomy told you that during a military flight, he’d seen a strange light moving way up ahead of him, flying at impossible speeds and elevations, “doing things that no aircraft can do.”

You’d be impressed, wouldn’t you, because this is a guy who knows what he’s talking about. With testimony from an expert like that, you might be convinced that the aliens are here.

But you’d be wrong.

“It was Venus! I was looking at Venus,” admitted Steve Lundquist, the former USAF pilot in question, as he gave one of 11 talks at SkeptiCamp 2012, a free-wheeling conference for skeptics held in Concord on Saturday. Fortunately, he said, he realized his error before he finished filing a report with his superiors.

How could an experienced pilot who had seen Venus plenty of times – and who knows that being fooled by the brightest planet in the sky is one of the classic errors of “UFO-spotters” – have made such a blunder? Simple, he said: “Our brains suck.”

“We evolved to see things on the plains of Africa from eyes about 5 feet off the ground,” Lundquist said. Shifting us to tens of thousands of feet in the air, moving at hundreds of miles an hour, is asking for trouble.

“Our brains are going to try to make sense of the data, using a frame of reference we are familiar with,” he said. “We are constantly outside of the comfort zone where our brains evolved.”

The lesson of Lundquist’s talk, using himself as the example, was simple: Be suspicious of expert witnesses because they’re only human – with the emphasis on “only.”

That message resonated with the three dozen people who came to The Barley House restaurant for the second annual SkeptiCamp New Hampshire, because many have had encounters with experts who have encountered ghosts, spotted Bigfoot, seen disease cured using vials of water banged on the table, or otherwise witnessed events that, shall we say, strain credulity.

SkeptiCamp NH was a loose seminar organized by Dale and Travis Roy of Hillsboro, the driving force behind the Granite State Skeptics organization. You may remember Granite State Skeptics from a year ago, when members distributed pamphlets outside a show at the Palace Theater in Manchester in which featured some guy who makes money pretending to contact dead people.

The pamphlets gently pointed out how the act was a classic example of “cold reading,” the process of using loaded questions to make it sound like you possess real knowledge. They also handed out a Bingo card of “hot words” used in such acts that people could check off as the performer went through his routine.

That was classic skeptical-community territory: Figuring out ways to probe and measure paranormal phenomena, instead of blindly accepting the word of the advocate.

Usually such probing debunks the phenomena, which is why most people think “skeptic” means “denier,” but it doesn’t have to. The idea is to approach life with the attitude of “that’s interesting; how do we know it’s true?” Knowing that something is true is much more powerful, and a lot more fun, than just believing whatever you’re told.

A phrase attributed to Carl Sagan describes the attitude well: “Keep an open mind, but not so open that your brain falls out.”

Skepticamp NH featured a bevy of 15-minute talks. Topics included stage magic (the ultimate skeptical tool); probing the claim of a photographed UFO in Massachusetts; a discussion of the UNH collection of papers from Betty Hill of Portsmouth, the first person who claimed to have been abducted by aliens; mental mathematics; and the reason that journalists’ skepticism about politics and business doesn’t extend to ghosts and psychics. That last talk was given by me, incidentally.

Skepticamps are a national phenomenon, although there’s no organizing body, which means there’s no set size, scope or agenda. Skepticamp.org says these “informal, community-organized conferences” exist in places from Madrid, Spain, to Vancouver, Canada, to Louisville, Ky.

You don’t have to miss Granite State Skeptics. They meet regularly in Manchester for food, drink and often a speaker of some sort. Check them out at http://www.granitestateskeptics.org/.

But if you see a UFO on the way there – be skeptical.