Powerline inspection by drones shows why drones aren’t everywhere yet 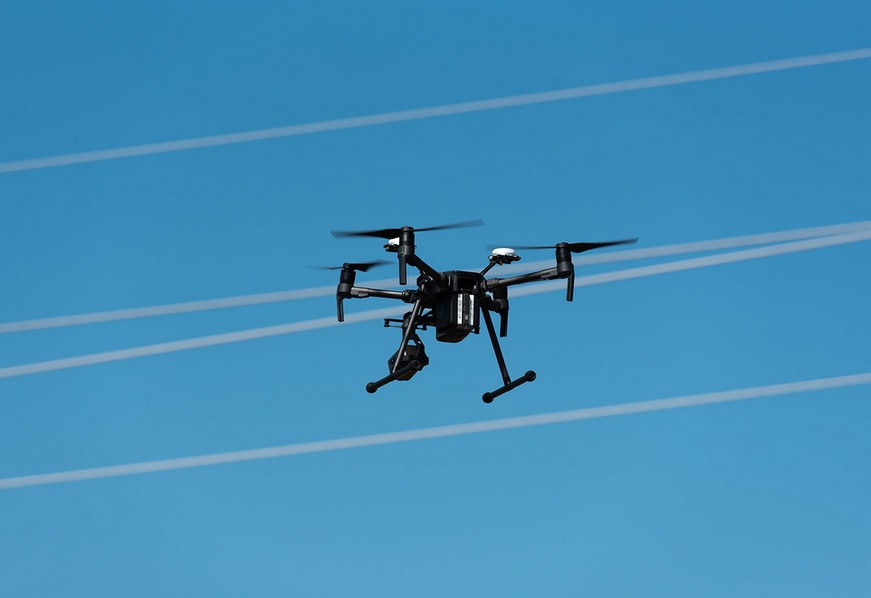 When electric drones came on the scene they seemed to be one of those technologies that were going to change everything because they’re so cool.

But reality isn’t science fiction; quadracopter air taxis and drone pizza delivery remain far off. The main impact I’ve seen are aerial photos like the one that appeared on the Monitor’s front page Monday.

There are two reasons for this. One is energy density. The millions of years of organic matter compressed into a pound of gasoline or aviation fuel contains 20 to 30 times as much potential energy as exists in a pound of lithium-ion batteries. Since weight is the enemy of flight, that extra poundage limits what can be accomplished even though electric motors are lighter and more efficient than internal-combustion engines.

The other, more important reason is regulation. Flying things can do a lot of damage, so they have to follow rules that can constrain use.

Both limitations are reflected in a pilot project that Eversource New Hampshire is running this summer, using a six-rotor drone to inspect a transmission line between Franklin and Bristol.

Eversource has been experimenting for a couple years with drones to inspect the big wooden or metal structures that carry cross-country transmission lines (those sized at least 69 kilovolts that feed other lines rather than customers directly).

“There’s a lot of things that you can’t really see from the ground. With the drones you can get up close, see all angles … you can see the pole tops are where you get the most decay, especially in the wooden poles,” said Elizabeth Hall, head of Eversource’s recently formed drone engineering team. “We look for anything that could pose a threat, cause an outage – pole conditions, rotting or cracking; all the hardware, connection pieces, any fatigue on them, certainly wear and tear, especially if there’s a lot of wind.”

One specific concern in wooden poles, she said: Woodpecker holes.

Such inspections are usually done by helicopter but that’s expensive. Doing it by drone is cheaper and could be more flexible but the Federal Aviation Administration requires them to stay in view of the operator, which negates the whole premise. At this point utilities use them sparingly, for tasks such as specific post-storm damage surveys.

This pilot project, which should fly in July, is the first step beyond that. The FAA has given Eversource a waiver to fly the drone beyond the view of the operator, the first such waiver for Eversource and “the first one we’re aware of in a mountainous terrain.”

“Most pf the others are out in Kansas where there’s significant line of sight. Flying through mountainous terrain is more challenging,” Hall said.

The waiver, however, is quite limited. While the drone can fly beyond the sight of the person at the controls but not beyond the rest of the team, meaning people must be spaced out along the right-of-way, ready to take over if something goes wrong.  “There’s always going to be somebody with their eyes on the drone at all times,” said Hall.

Also, the operator won’t be able to see what the drone sees, to limit the possibility of radio interference. And the flight will be 200 to 400 feet above the ground, higher than usual. That adds to the safety margin but reduces its utility for inspections.

“Everything about this is very specific,” said Sam Johnson, director of UAS operations at ARE Corp., which operates the drones for Eversource. “The FAA is big on the crawl-walk-run approach. This is our crawl.”

If all goes well and the FAA’s fears prove ungrounded, Eversource will petition to expand the program. It plans to do more, and more useful, drone inspections in the future. The utility has two drone pilots on staff for New Hampshire, part of Hall’s internal drone group that covers all three Northern New England states.

As for the energy-density problem, the hexacopter cheats: It’s powered by both a gasoline engine and a battery. that lets it fly for up to 45 minutes, Jonson said, much more than battery-only models.

Technology will eventually solve that problem as batteries get better, but it’s going to be a long time before an electric drone will be carrying you and me around.