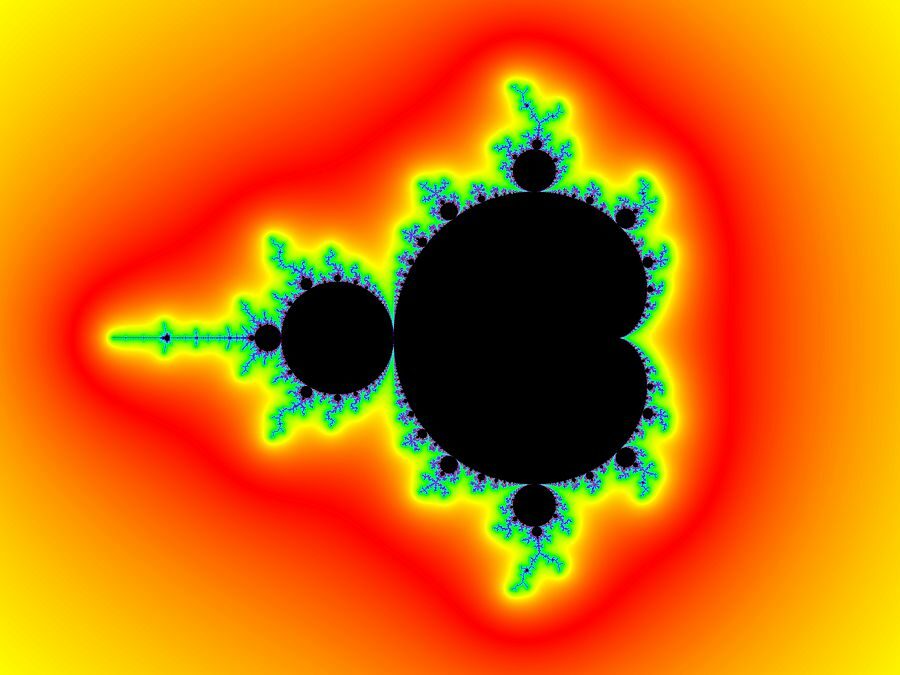 Any excuse to show a vividly colored Mandelbrot set is OK by me.

Put your hand up, everybody whose college dorm room had a poster of a Mandelbrot set on the wall, preferably in vivid psychedelic colors. And how about those who remember your mind being blown by James Gleick’s book “Chaos”?

Lots of you, I see. No surprise among Granite Geek readers.

You’ll be happy to know that this enticing talk of chaos, complex systems, and the butterfly effect continues to bear fruit and is being used to tackle the biggest issue of our lifetime, climate change. This showed up in this year’s Nobel Prize in physics, which honored work in complex systems and its role in understanding global warming, but has also arrived closer to home at a new “academic cluster” at Dartmouth College.

Academic clusters bring together researchers from different fields to focus on specific problems or issues. They’re a version of academic institutes that many universities have created within their walls but are more low-key; among other things they don’t seem to get a building of their own.

Dartmouth has gone whole hog on these groups: The school’s Cluster Initiative page lists nine of them. The one I’m interested in is the Jack Byrne Academic Cluster in Mathematics and Decision Science, which “will focus on developing and applying mathematical thinking to some of society’s major challenges,” starting with climate change.

The workings of the global climate is the poster child for “butterfly effect,” in which a butterfly flapping in one continent is said to eventually cause a hurricane in another.

That exaggerated metaphor describes the sensitivity to initial conditions that is the essence of chaos theory. A very small change can ripple through a system in ways so complicated that they’re unpredictable by classical methods, producing such big surprising results that it all seemed chaotic.

People used to just throw up our hands when this happened and look for more linear problems to tackle. Then chaos theory, also known as dynamical systems theory, came along and understanding it began to seem possible.

“You cannot describe accurately every aspect of the system … but there are certain parts of the system that remain predictable over considerably longer time periods. The techniques that we use from dynamical systems theory give you the mathematical descriptions and tools to analyze to these kind of … behaviors of complex systems,” said Dr. Dimitrios Giannakis (yes, he was born in Greece), a newly hired professor of mathematics at Dartmouth and one of three researchers in the Byrne cluster.

For example? “What we are actively working on is, given that the climate has patterns … how can we disambiguate this phenomena from changes of the climate which are not the result of its natural dynamics, which have to do with external changes such as greenhouse gas emissions,” Giannakis said.

The point, he said, is to use mathematical tools to better model the workings of the climate so we can improve our understanding of how it behaves, which will help us figure out how to lessen our impact and cope with upcoming changes.Support the Concord Monitor. Subscribe Today

“We are combining this existing body of theoretical knowledge from abstract math with data science … to identify phenomena in nature and generate questions that are relevant at the abstract mathematical level as well as the world,” he said. “We cycle between theory, application, experiment – we get feedback from one another.”

Recent technologies from miniature sensors to crowd-sourcing to the human genome project have increased math’s role. Researchers who once scrambled to get a few pieces of data can now be overwhelmed by so much information that they can’t make sense of it all and are turning to mathematicians to help them out. That’s part of the reason Dartmouth is spawning all these academic clusters.

Aside from being useful, Giannakis said, it’s intellectually stimulating – which is, of course, a big deal for academics.

But not just interesting.

“I think mathematics is very beautiful as a language; beautiful in its own right, without reference to anything else,” he said. Turning that beauty into a useful tool against the scourge of our time might be considered an added bonus.