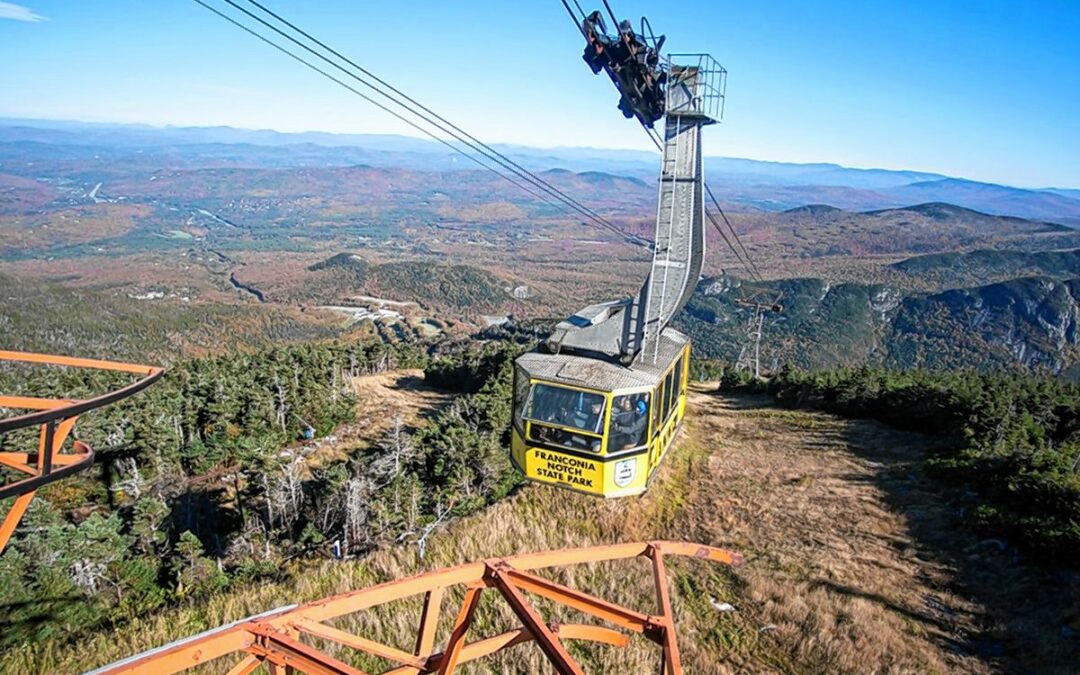 Amid all the talk about how to upgrade New Hampshire’s transportation infrastructure, don’t forget the state’s best-known unit of public transit.

The Cannon Mountain aerial tram is getting long in the tooth. It was installed in 1980, replacing another tram that also lasted about four decades. Now the state has begun figuring out whether to fix it a bit, upgrade it a lot, or replace it with a bigger version.

Whatever happens, the just-retired maintenance supervisor at Cannon Mountain Ski Area has one hope: The documentation will be in English.

The current system was built by Nuova Aguidio, a well-respected firm in Italy that knows all about aerial trams but apparently less about other languages.

“All the prints are written in Italian,” said Bob Daniels, a New Hampshire native and lifelong Cannon skier who just retired after seven years as lift maintenance supervisor to be replaced by his son, Mike. (Bob Daniels will still be there: he’s part of the ski patrol.) “We used to use a dictionary … Those phone translation apps make it easier.”

As for talking to the company, “Most of them speak English, but it’s broken English. We try to use email.”

The tram has been a centerpiece of North Country tourism for almost a century. It was built in 1938, bringing a type of mountain transportation common in Europe to North America for the first time. Powered by a 600 horsepower electric motor at the base, it hauls 80 people (70 in winter due to all that ski equipment) and a driver uphill 2.3 miles from near Echo Lake to near Cannon Mountain’s peak, unless the crosswinds are high enough that the cabins might bang against one of the three towers. Winds blowing straight up and down the mountain are less of a safety concern.

“(The tram) has become an iconic experience for New Hampshire,” said Department of Cultural and Natural Resources Commissioner Sarah Stewart, according to AP. “If you Google ‘New Hampshire,’ chances are you’ll see a picture of the tram.”

Although the tram’s image is of skiers avoiding chilly chairlifts on often-windy Cannon, its real workout happens in warm months. Each year the 7-minute trip gives tens of thousands of people an unparalleled look across Franconia Notch and, on clear days, a 360-degree view that includes four states and bits of Quebec.

“The tram makes its money in the summertime when we’re running every 15 minutes back and forth,” said Daniels. “There’s a lot of people that come to Cannon … they enjoy riding the tram. The views are spectacular on a nice day.”

The 1980 replacement cost about $5 million but fully replacing Cannon Mountain’s tramway would cost at least $24 million and as much as $32 million, according to an estimate from general manager John DeVivo. That could involve enlarging the tram, since a pair of 100-person cars could fit in the existing base station, Daniels said.

At their essence, aerial trams are simple. A long cable known as the track rope stretches from bottom to top, although in Cannon’s case it’s two flat metal cables, held up by the three towers. Carriages with 32 wheels can roll along the top of the track ropes and a cable car hangs from each on a huge aluminum arm. One is yellow and one is red so they are known, perhaps inevitably in this condiment-happy land, as Mustard and Ketchup.

The cars are pulled by an enormous looped cable known as the haul rope — Cannon has two of them, an upper and a lower. As one car goes up, the other goes down — up and down, all day long. That’s about it.

Except that’s not it, of course. Safety is always a concern when you’re carrying people 50 feet in the air.

“Every day that we’re going to run the tram, one of the lift mechanics rides on top, checks every tower, looks at every wheel on both towers. They are also looking at the wind — that can change in an hour’s time,” Daniels said.

State inspections happen as do their own inspections. “We tear down a car every year. … We get in and look at all the pins, all the bolts, everything that holds everything together, to be sure. There’s a lot of moving parts.”

The tram has gotten stuck a few times when a motor fails, forcing people to be lowered to the ground, but has never had a serious accident. Keeping that record intact will be one of the main concerns as the state goes forward.