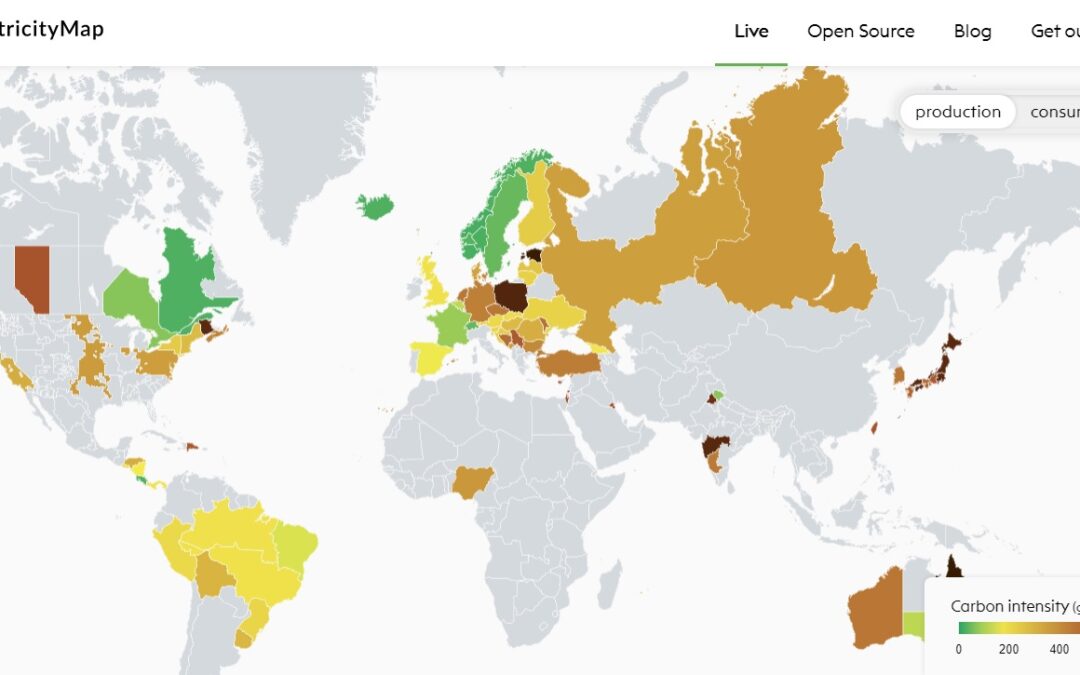 This is why New England wants to import power from Quebec.

Sunshine on photovoltaic panels from Connecticut to Maine can reduce the carbon intensity of the New England power grid – the measured amount of “CO2 equivalent” emitted by power plants per kilowatt-hour – by at least one quarter, according to an interesting new website.

The site is electricityMap | Live CO₂ emissions of electricity consumption. It gives real time-ish carbon intensity data for scores of regions or countries around the world, although far from all of them. ISO-New England is among the US grids listed.

Analysis by Joe LaRusso, energy efficiency manager for the city of Boston, showed that on a recent clean day the lowest carbon intensity for ISO-New England came at high noon (about 200 to 210 grams per kWh), compared to the evening peak of 263 g/kWh. (Here’s his Twitter thread.)

Electricity from solar panels isn’t the only factor in the change, of course – carbon intensity is equally low around 3 a.m. because demand is so reduced that a big proportion of electricity can come from wind, hydro and nuclear. Another complication is rooftop solar from “behind-the-meter” panels. These don’t show up as solar power production but as reduced demand.

The lowest carbon-intensity grids listed in the world have lots of hydropower or wind, especially offshore wind farms in northern Europe, or occasionally nuclear (looking at you, France). Our hydro-filled neighbor Quebec has just about the “cleanest” electricity in the world by this measure. Large-scale hydro has environmental problems of its own but if you’re worried about carbon emissions, it’s hard to beat.

The worst grids are, of course, full of coal. One surprise to me: our eastern almost-neighbor Nova Scotia burns lots of coal for power.

The chart is far from complete even in places where data is listed, because it depends on reporting from utilities or governments. But it’s interesting nonetheless.

It’s also got an overlay showing wind power potential that is quite cool.