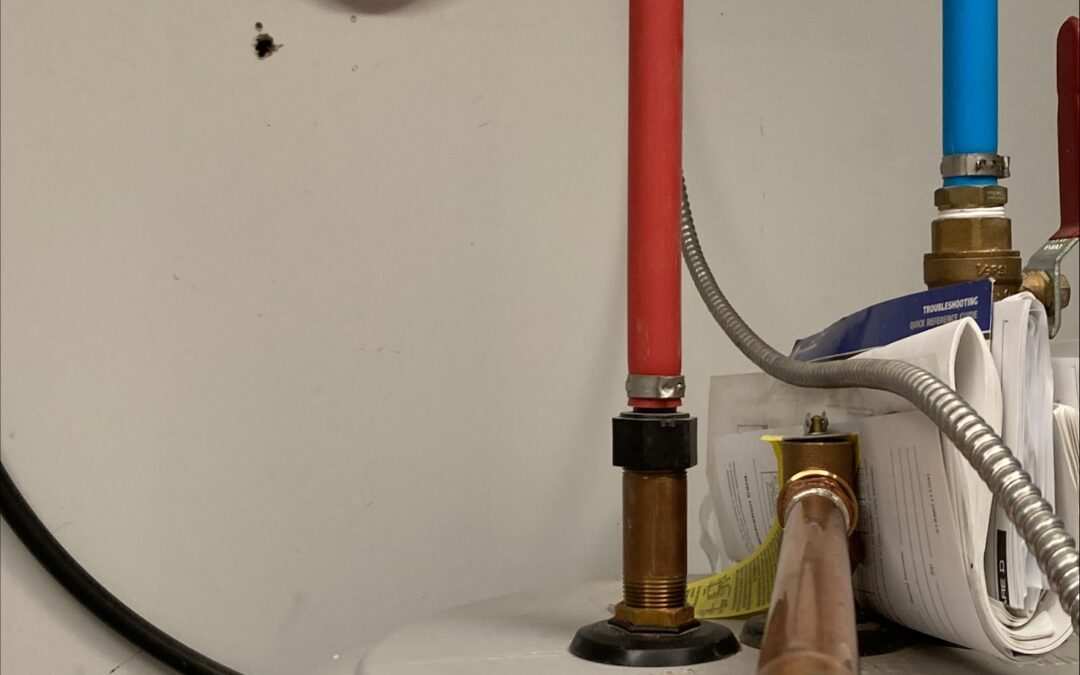 That little box on the wall can control the water heater. (Photo: NHEC)

Rooftop solar power may seem like 21st-century energy tech but to a certain extent, it takes a 19th-century approach.

After all, a solar panel is a machine that sends out electricity to be used by somebody else, just like Seabrook Station or the Sewell’s Falls hydropower dam. The concept is exactly the same as the first New York City power plant that Thomas Edison opened in 1882.

“In the low-carbon future, there are going to be shocks to the system. … We’re setting the stage to insulate our members from a certain amount of that,” is how Dave Erickson,  director of Access & Distributed Resources at NHEC, puts it.

A basic idea of transactive energy is to use prices to control electricity demand from moment to moment rather than controlling electricity production from moment to moment – flipping the whole concept of a power grid, if you will. This can provide the flexibility needed by the power grid as more solar and wind comes online, can lower costs since fewer power plants and power lines need to be built, and can provide resilience by allowing the creation of microgrids and other brownout-dodging technologies.

Many utilities in the region and around the world are experimenting with this idea, usually involving batteries in customer homes that can be told to feed electricity back into the grid as needed. NHEC is doing a bit of that itself, including experimenting with two vehicle-to-grid electric cars, but would like to go further.

It has received a Connected Community grant from the U.S. Department of Energy and will collaborate with the SLAC National Accelerator Laboratory, a group called Efficiency Maine, and others to test ways to use “smart grid” technology over the internet to improve the efficiency and reliability of power grids by shifting production and demand in interesting ways.

“We already have a pilot rolling out in Colebrook,” Erickson said. There, a few NHEC customers have allowed devices using a protocol called openADR to be placed on their electric water heaters so that the cooperative can test getting data to and from the heaters and use them like a big wet battery.

It works like this: It takes occasional zaps of power to keep the 50 or so gallons of water in a water tank at the proper temperature. If NHEC knows a super-hot day is coming that will create an extra drain on the power grid – which costs the coop money since they don’t generate their own electricity – they can put your tank’s zaps on hold for an hour or two or three, maybe even send more zaps in advance to raise the water temperature so it will stay warm longer without drawing electricity during peak times.

This isn’t a trivial process. Aside from the technical matter of getting the right signals sent to and from the tank and developing the right communication protocols, they’ve got to know what water temperatures are acceptable to the customer and how fast it will cool down and how much power they’ll need to balance out and for how long, based on weather forecast and history of usage in their 115 scattered communities, and lots of other variables.

And then there’s the money aspect. There’s got to be some sort of financial return to get people to occasionally agree to have slightly less hot water in their home but that’s hard to do in the current way that we pay for electricity. The cooperative is not a regulated utility, which gives it a little more flexibility.

The goal, you’ll recall, is to establish a system in which the electricity sent to customers, or drawn from customers, is triggered by pre-established financial signals.

The NHEC tests are part of efforts to create an automated system in which NHEC automatically responds to each customer’s financial and comfort-related parameters – something along the lines of “if the price of electricity rises above X you can turn off my water heater for an hour or raise the temperature on my air conditioning thermostat by three degrees or draw down my battery to 20% and give me a portion of the money you have saved.”

Being automatic is important, which is why ADR in the openADR protocol stands for automated demand response, meaning customer demand can automatically change in response to the price of electricity.

“It’s not something that your average person is going to want to deal with. That’s the key to this whole thing, making it so seamless that they don’t have to deal with details of it. It just gives this added level of control if they want it,” Erickson said.

The project will also help NHEC and others use information from the smart grid to improve reliability, identifying bottlenecks and weak points in the distribution system so that, for example, they’ll know where extra solar power will be the most useful or where storm damage has occurred.

All this is a far cry from the old electric system in which they made the power, made all the decisions about where to build things, sent us electricity to use as much as we want, and later on charged us for it.

Recent years have shown that this system we built over the past 140 years, while wonderful in many ways, isn’t going to work in a world facing a climate emergency. When the Texas grid almost collapses due to cold weather – Texas, for crying out loud – you know something is flawed.

Much of society needs to make big changes if we’re going to cope with what’s coming and limit the damage down the road. Turning boring old utilities into transactional energy providers is just an example.