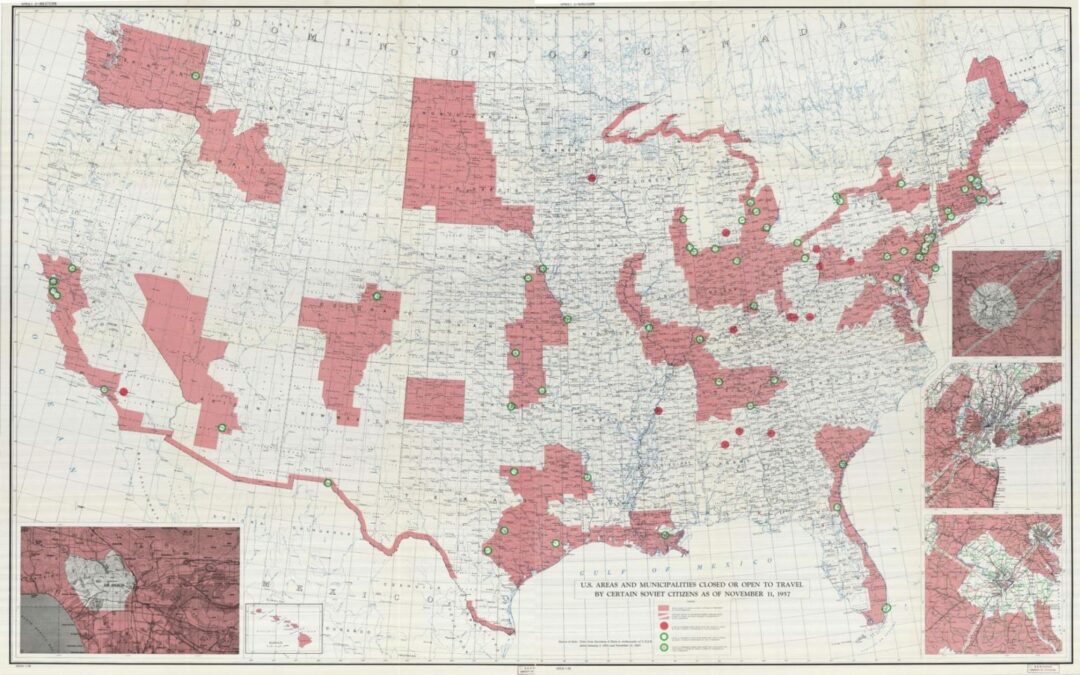 It sometimes seems that all of the unpleasant politics from my youth is being resurrected, both domestic and international – from the neo-John-Birch-Society wing overtaking the GOP (I recently saw a “better dead than Red” sticker, for crying out loud) to Vladimir Putin channeling Josef Stalin.

One minor aspect of the Cold War returning to life is national travel bans: The Russians recently released a list of Americans who can’t visit any more – tons of politicians of both parties were on the list but Donald Trump is still welcome. That brought back memories of geography-specific travel bans that were in place in both countries in much of the Cold War.

I wrote a story about areas where Soviets could not travel in the 1980s when working in Tennessee, where the presence of the TVA and Oak Ridge put most of the state off limits to folks from the USSR. The restrictions could be pretty arbitrary: as I recall, the split city of Bristol Tennessee/Virginia, which straddles the state line, was open in one state but closed in the other.

There are a few travel ban maps from that era online. The above 1955 map from the Library of Congress showed that Hillsborough and Rockingham counties in NH were both off-limits to Soviets (Ivan and his pals were welcome in the Lakes Region, though) as was the entire Eastern Seaboard from Maine to Virginia.

There were a few cities within closed-off counties were Soviets could go. Cambridge, Mass., was one of those, presumably to allow joint scientific research and, weirdly, so was Lynn, Mass. I don’t know why “Lynn, Lynn, the city of sin / you never come out the way you went in” was open to them.