You can’t build a house here, you’ve got the wrong kind of dirt! 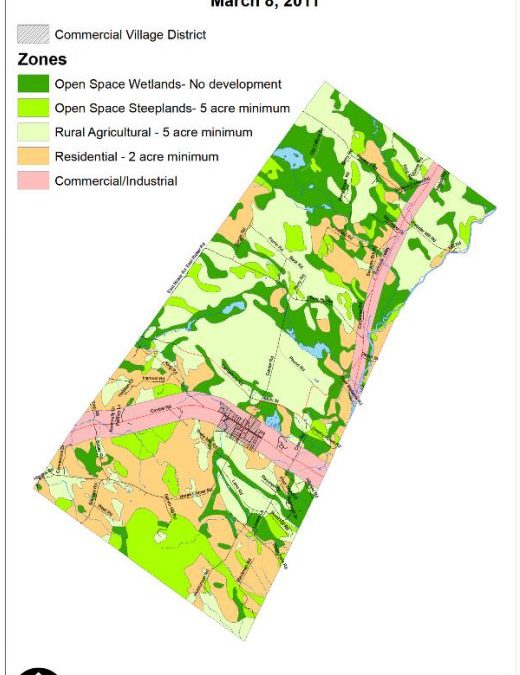 No, this is camouflage - it's Chichester's zoning map.

This is town meeting season in New Hampshire, were people gather, usually in the cafeteria of the local elementary school, and vote on how much money their town or school district can spend in the upcoming year. They also vote on various other things, such as whether to buy a fire truck, pave a dirt road or add a new position to local government – and whether to change any of the town’s zoning ordinances

Speaking as somebody who has covered scores of such gatherings over the years, I can tell you that zoning is usually the least-noticed item at town meeting. So it was a delight to read a story in the Monitor this week about the Chichester town meeting that emphasized an obscure zoning change. Chichester, it turns out, still has zoning based on soil types.

Want to subdivide your parcel into 2-acre properties in a residential zone? You’d better have a high degree of “Gloucester sandy loam.” If your yard leans more toward “Woodbridge very stony loam,” you might be in a rural agricultural zone. Muck, peat and silt are the sure signs of a wetlands area. Year after year, certified soil scientists are called out to measure the makeup of each lot. And year after year, the system becomes even more rare; Chichester is now one of only two towns in the state that work this way, according to town officials.

In a town without a sewer system, where every structure has to have a separate septic system, you can’t ignore soil types because they affect whether a system will “perc” (as in percolate, as in water flowing out of the tank will be able to sink down through layers of dirt to the aquifer below, rather than pool up and cause health problems). But basing zoning entirely on soil, it turns out, causes problems.

Check out the story (right here) if for no other reason than to read sentences like “Some properties are an unwieldy medley, beholden to no category.”