NH historical marker for the creator of cool murder-scene dioramas 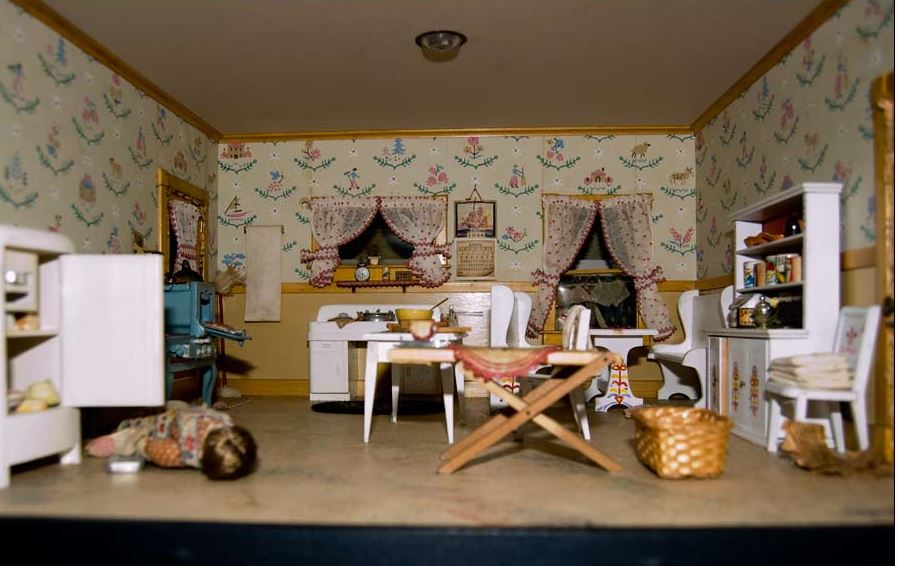 Part of one of Francis Glessner Lee's murder dioramas used to train investigators.

As we await approval of my proposal for a historical marker honoring BASIC (the holdup right now if finding a good location on a state-maintained road), let’s note an excellent addition to the program:

The N.H. Division of Historical Resources announced that a New Hampshire Historical Highway Marker has been installed on Route 302 in Bethlehem to honor Frances Glessner Lee and her influence on the field of forensic science. The marker reads:

“Frances Glessner Lee (1878-1962). ‘Mother of Forensic Science.’
“Here at the Rocks, her family’s summer estate, this Chicago heiress pursued her passion for criminology in the 1940s-50s with the creation of 20 miniature dioramas depicting actual crime scenes with detailed accuracy. Called the Nutshell Studies of Unexplained Death, the dioramas were based on crime scene statements and photographs, and were used to train homicide detectives. In recognition of her may contributions to forensic science, Glessner Lee as appointed an honorary Captain of the New Hampshire State Police in 1943.”

Glessner Lee reportedly was the model for the character Jessica Fletcher on the television show “Murder She Wrote.” Her dioramas are still used for training by the Maryland Office of the Chief Medical Examiner.

You can learn more about those cool dioramas here. I first heard about them on a 99 Percent Invisible podcast.

An interactive map of all of the state’s historical highway markers is available at the N.H. Division of Historical Resources’ website,nh.gov/nhdhr.

The New Hampshire Historical Highway Marker program is jointly managed by the N.H. Division of Historical Resources and N.H. Department of Transportation.