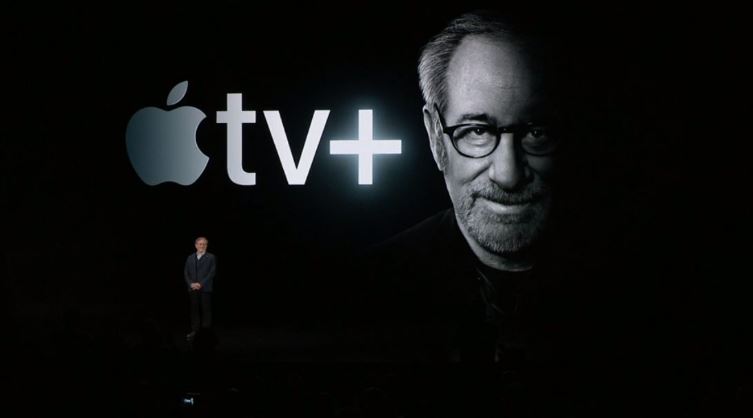 Steven Speilberg is reviving "Amazing Stories" as part of the new Apple TV+ service. This is from the March 25 dog-and-pony-show announcement.

Among the endless free advertising – sorry, I mean technology journalism – produced out of Monday’s product rollout by Apple there is a small New Hampshire connection: One of the shows being produced for Apple TV’s new streaming service will be Steven Spielberg’s resurrection of his “Amazing Stories” anthology series, which was something of a dud in the 1980s.

What’s the NH connection? Regular readers will know that, as I reported most recently here,  state resident Steve Davidson bought the rights to the “Amazing Stories” name and sold it to Spielberg via NBC. He is using the money to relaunch a print version of Amazing Stories, which was the first true science-fiction magazine.

Here is Davidson’s announcement accompanying the release of the third issue of the magazine, which came out just before Apple’s dog-and-pony show:

As you may be aware, in the summer of 2015 we entered into negotiations with NBC/Universal to license the Amazing Stories name for a reboot of the Steven Spielberg television show, Amazing Stories.  (NBC sold the production to Apple TV for their new streaming service.) The licensing fees are an important part of the revenue that keeps Amazing Stories in print.

We recently learned that Apple plans on hosting a rollout on March 25.  The pundits that follow such things strongly suspect that Apple will announce the debut of their streaming service – of which the Amazing Stories TV Show is expected to be one of the premiere offerings – at that rollout.

While we have no idea of what the episodes will entail (ten to start), nor the quality of the offerings, we do strongly urge you to participate in watching the show when it airs.  (When we learn specifics, we intend to schedule a watch party and will let you know.)  If you sign on for the streaming service and have the opportunity, please let them know you did so to watch Amazing Stories.

Why?  Because if the show is successful and is renewed for more seasons, the magazine – and you – will directly benefit.