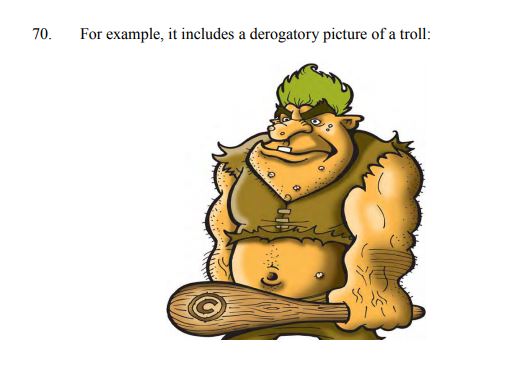 This cartoon troll was part of the original lawsuit but not, alas, part of the N.H. Supreme Court ruling.

There’s been a long legal fight in New Hampshire between banks and an inventor who says he has patents covering ATM machines. The bankers say he’s a patent troll; he got mad and sued and it made it to the state Supreme Court.

Their ruling? “Patent troll” might be insulting but it’s not defamatory because there’s no definition of the term. It is “mere rhetorical hyperbole … and not actionable.”

Another example of a non-actional insult cited by the justices? “Jouranlism scum of the earth.” Not directed at me, however.

Read my story about it here.