13K miles of stone walls in New Hampshire — so far 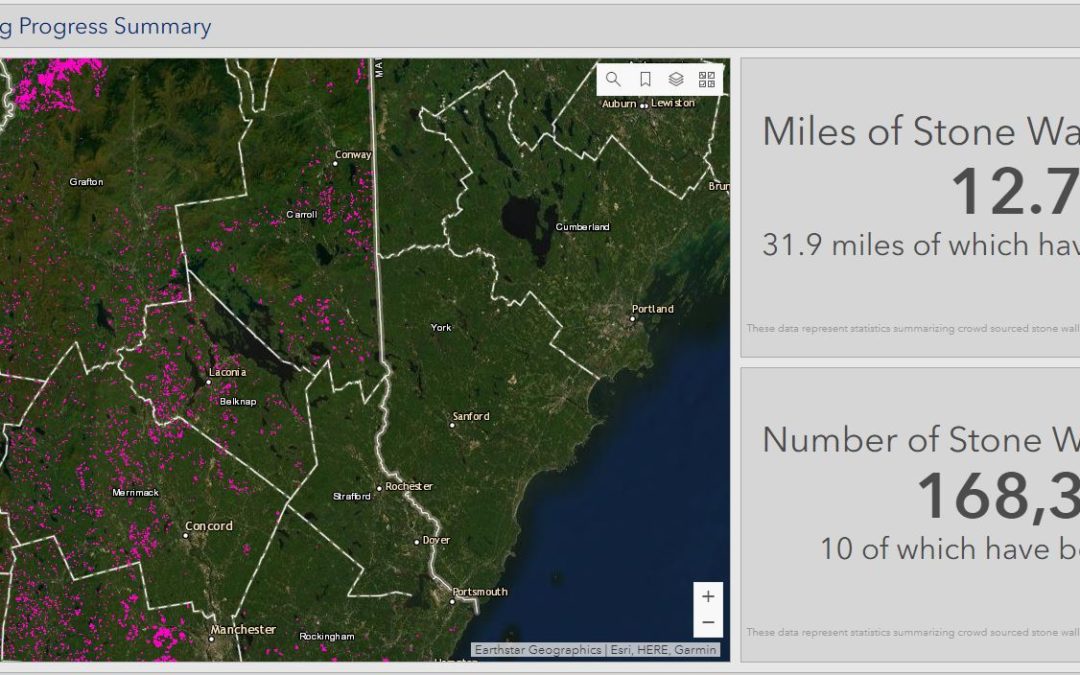 The N.H. Stone Wall Mapping program is an online project that lets people identify stone walls via LIDAR images of the region. As of this moment, they have found 12,700 miles of walls all over New Hampshire. (I wrote about the project a year ago)

(Only Strafford County on the Seacoast has very few walls ID’d. I wonder if that’s a function of the type of farming that was done there, the type of rock found there, or just an accident of who has participated.)

It’s not clear how many miles of stone walls exist in the state. The best estimate I’ve encountered is for all of New England and New York state, of about 250,000 miles in 1871, which is when farming changed, mostly because railroads made it feasible to ship food from the Ohio River valley to the East Coast, so farmers moved west to more fertile soil. Relatively few walls were built after there and many have been torn down or shifted.

Note that these walls have not been confirmed on the ground. They were identified from the way they look on LIDAR. So we shouldn’t be too fixated on numerical details: I’m sure that some of the “walls” that have been found are actually old roads or earthen berms or other false positives.