Fly around the world (virtually) in a DC-3 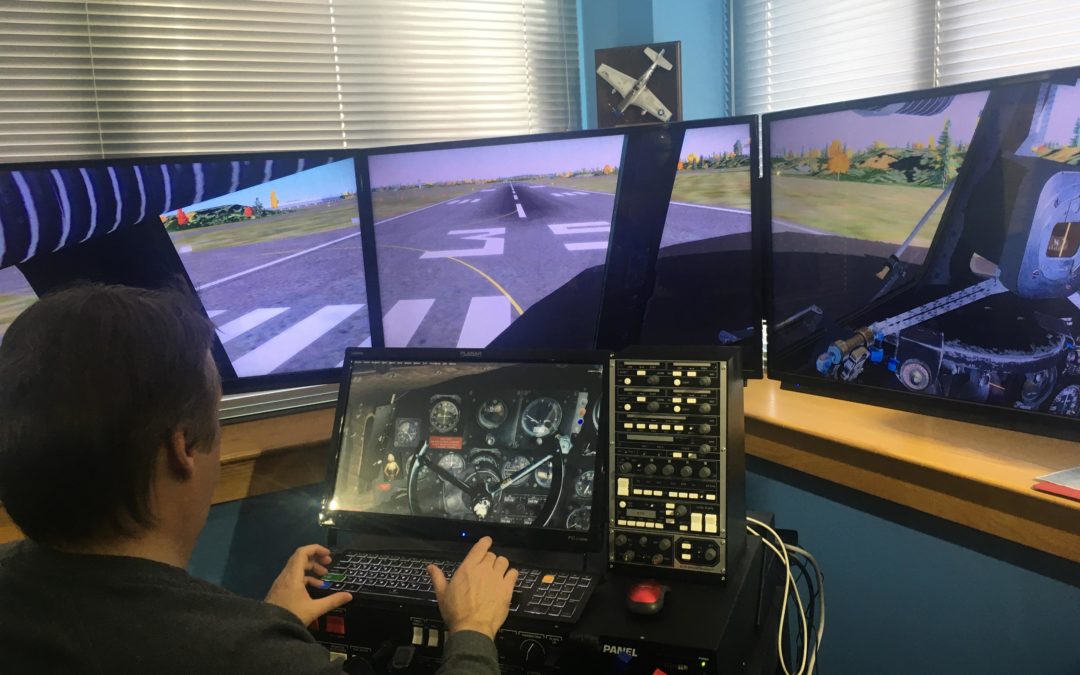 The Aviation Museum of New Hampshire has launched a new distance learning program: a virtual around-the-world flight that can be followed online by everyone as it progresses around the globe.

Using the museum’s Elite Flight Simulator and Lockheed Martin’s Prepare 3D terrain software, the flight will take off from Manchester on Friday, May 1 for an extended round-the-world odyssey. Through the Museum’s website, travelers can soar over iconic world landmarks and touch down at airfields as the flight works its way around the world. Along the way, they’ll learn history, geography, and information about the world’s nations, cultures, and people.

Portions of the journey will trace routes flown by historic aviation pioneers, including the course followed by famed aviator Amelia Earhart in her 1937 attempt to circumnavigate the globe.

“Visitors use the museum’s flight simulator all the time to fly over southern New Hampshire and northern Mass. But the terrain software literally has the entire planet mapped, and so with schools closed and people staying at home, we figured we’d fly around the world,” said Jeff Rapsis, the museum’s executive director.

The virtual aircraft will be a Douglas DC-3, a vintage two-engine propeller plane that played a major role in early aviation history, and which continues to be flown to this day.

“The DC-3 has a range of about 1,000 miles, so our journey will be broken into many segments,” Rapsis said.

The flight will be managed by Aviation Museum volunteers, with the actual flying to be handled by a “celebrity guest pilot.” The pilot’s identity will be kept secret until the around-the world flight arrives back at Manchester.

The Aviation Museum is currently closed to the public due to the coronavirus pandemic; a re-opening date hasn’t been set, which means the flight will be exploring the globe for an undetermined span of time.

Fellow voyagers may follow the flight’s progress online at www.aviationmuseumofnh.org. After take-off on Friday, May 1, a new segment will be posted every two days.

To provide an idea of what each segment is like, the Museum prepared a sample flight over Devils Tower National Monument in Wyoming. It can be viewed online at https://vimeo.com/409770453

“We’re seeking sponsors to help underwrite the costs of developing this project,” Rapsis said. “If you’d like to support local education, and also get your logo on a virtual DC-3 viewed by a large audience, give us a call.”

Housed in the original 1937 passenger terminal at Manchester-Boston Regional Airport, the museum is dedicated to celebrating New Hampshire’s role in aviation history and inspiring tomorrow’s pioneers, innovators and aerospace professionals.

For more information, visit www.aviationmuseumofnh.org or call (603) 669-4820. Follow the Aviation Museum on social media at www.facebook.com/nhahs.